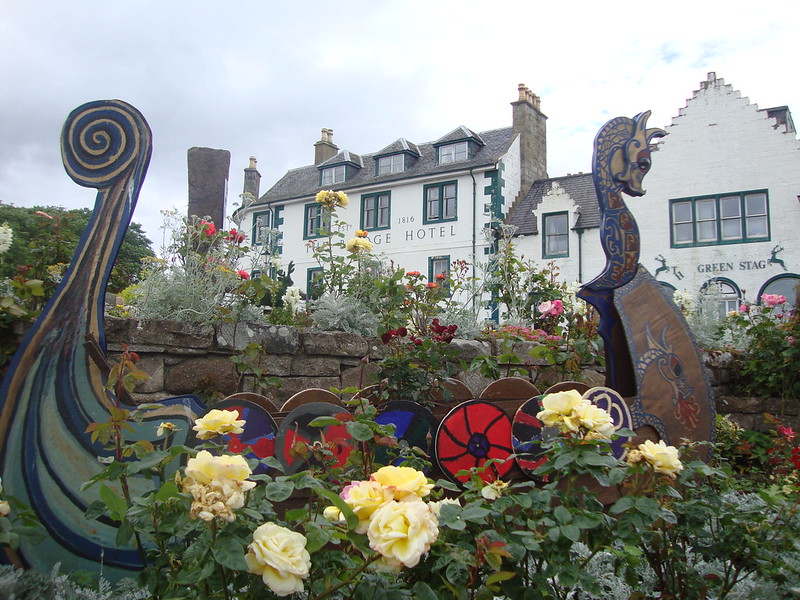 Helmsdale is a striking village on the east coast of the Highlands, within the historic county of Sutherland. It owes its current form, as does Sutherland and the wider Highlands generally, to the Highland Clearances. It’s a modern planned village with a small grid system to which people were moved in the 1800s from crofting land elsewhere. There’s a good overview of Helmsdale on the ever-excellent Undiscovered Scotland.

On first glance, you’d not imagine (at least on the bright, sunny day I visited) the village’s tragic roots, with its brightly painted buildings, large hotels, bustling atmosphere and picturesque harbour. But there are plenty clues around.

One is the Timespan museum and visitor centre, which explains more about the history of the area and is well renowned as an excellent facility. 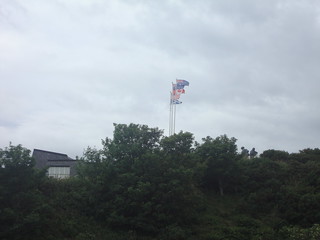 Another is the striking Emigrants statue just across the river from it, erected in 2007 to represent those who left Scotland during the clearances to faraway lands such as Canada. Indeed, there is apparently a corresponding statue across the Atlantic in Winnipeg.

Very sadly I did not have time to explore either in detail – stopping as we did only for a visit to the cafe at Timespan, given we were on our way north for the next day’s trip to Stroma.

But that, and a quick wander around a few streets of the town, was enough to persuade me that it is well worth a return visit.

And having a railway station on the Far North Line, it’s perrfectly day trippable from Inverness. I hope to do that some time soon. 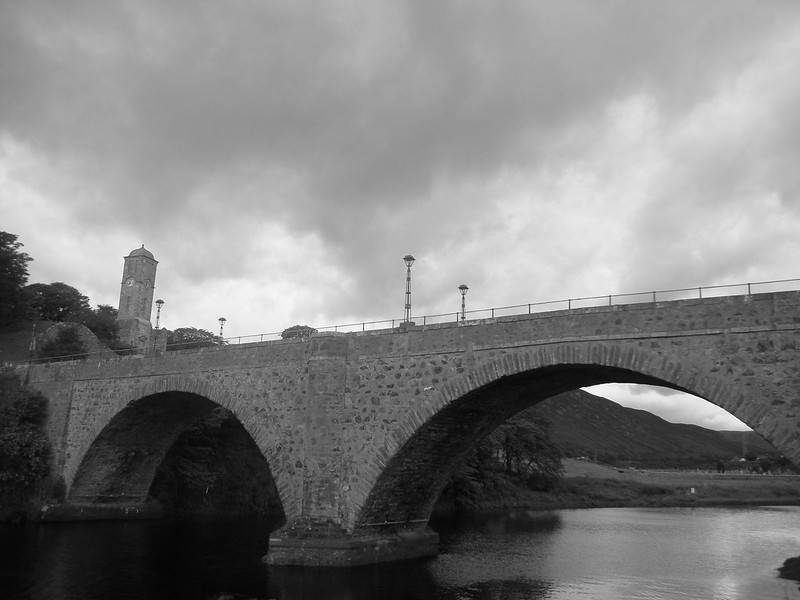 One thought on “A brief stop in Helmsdale”