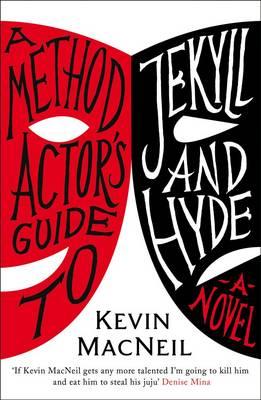 Not because it’s an excellent read (though it certainly is that), but because something happens towards the end that casts confusion and doubt over everything you’ve read so far.

And when you do read it again, you realise just how clever the opening is at setting the tone for the rest of the story. Then throughout, you see clues that you didn’t pick up on the first time around, but which on the second read scream so loudly about what they so blatantly point at, that you think you must have been stupid to miss them the first time.

Or maybe it’s just me and I really was being stupid the first time.

When I read this originally two or three months ago, I remember thinking that I was quite enjoying it but not as much as the author’s first book (more on which later). Then I got to that “game changer” near the end. I’ll not spoil the book by revealing it here, but if you read A Method Actor’s Guide… then you’ll see what I mean and will understand why I’ve chosen not to spoil it.

The novel is set in Edinburgh, and revolves around the life of a struggling actor, Robert, who is finding it hard to get on with his forthcoming performance, a stage version of Jekyll and Hyde, and who has more than a few personality clashes with his fellow cast.  Though clearly a thoughtful and and intelligent character, Robert’s ability to rub people up the wrong way and tendency to self-destruct leads to an enjoyable and often tense tale of man versus world.

To say more would reveal some of the twist, but suffice to note that the story deals with issues of our sense of self and sense of place, in a way that clearly draws on the author’s own interests in philosophy and his love of the character and nature of Edinburgh.

Having just recently finished my second read-through of it, I’m now a little clearer about what precisely it’s all about and what happened, though the book is so rich and deep that there are still questions in my mind I can’t quite figure out.

Maybe I was being stupid the second time too. 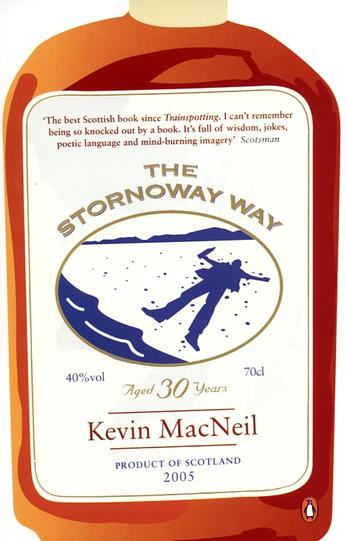 While it’s a great book, and highly recommendable, it would be remiss of me to blog about Kevin MacNeil without mentioning his first, and in my view better, novel The Stornoway Way.

Given it is about his native isle of Lewis, and is a less than complimentary portrait of its main town, Stornoway, the first thing to say, therefore, is that this is an exceptionally brave book.

The characters, both central and background, are vividly described and their real-life inspirations are probably quite easily identifiable to those who know the town.  However the book is all the better for its brutal honesty.

The main character, who carries the pseudonym R Stornoway, is a drunken waster, a man struggling to come to terms with both himself and the town in which he lives.  His ambition and failings embody the curious personality of the town.

Mixing R Stornoway’s whisky-fuelled introspection with powerful demonstrations of human capacity for self-destruction, it might not be too far off the mark to suggest The Stornoway Way is like Trainspotting, but with whisky and Stornoway replacing heroin and Edinburgh as its two backdrops.

Growing up in the Uists, Stornoway was in a sense “the big town” to me, and I remember noting on a school visit aged around nine or ten just how big and scary the place seemed.  From my experiences of the town over the years, there is an odd duality about it – its people are worldly: intelligent and great travellers.  But there is an insularity about it too; as if people think it’s the best place in the world even after checking out all the competition.

This is summed up perfectly in one of the most powerful lines from the book, when our anti-hero declares “We do not live in the back of beyond, we live in the very heart of beyond.”  In those words, I have never read a better description of the character of Stornoway or Lewis.

The Stornoway Way is not just an immediately local book though.  Things wider than the personalities of Stornoway are sent up, including aspects of island and Gaelic culture, and anyone who has watched more than a little Gaelic TV or spent time in the Highlands and Islands will laugh knowingly at the biting references to everything from the Mod to the area’s tragically rampant alcoholism.

The book should therefore be useful reading for anyone with an interest in the contemporary Highlands and Islands, smashing as it does the romantic view of this part of the world as a quaint, picture-postcard land of earnest faith and friendly locals.  It’s probably the only novel set in the Highlands that I’ve read which doesn’t contain an ounce of cliché or kitsch, and that has to count for a lot.

On a wider level, though, a broader audience will recognise the themes of small town life, the struggle for personal meaning and identity, the fickle nature of friendship, and the humorous reflections on humanity as a whole.

Like A Method Actor’s Guide, The Stornoway Way demonstrates the author’s magnificent powers of observation, his brilliant characterisation, and his immensely poetic use of language.  Indeed, I shouldn’t understate the poetry and language in either book, nor the fact that MacNeil is as renowned a poet as he is novelist (not to mention playwright and musician).

I am not, I must confess, a voracious reader of Scottish fiction, but Kevin MacNeil is probably my favourite Scottish novelist, past or present.  Both the above books are a pleasure to read, and ones I’d heartily recommend.