You may remember me raving some time back about the self-titled debut album by Liverpool post-rock outfit MinionTV.  The album was my favourite listen of last year, I think, and its opening track, We Are Ghosts, a magnificent piece of music that remains one of my most-listened tracks of late.  You can listen to it via the magical widget gizmo below.

The band have just released an EP called Arecibo, and I was delighted to be sent a free download for review purposes.  So here goes.

A slow, dreamy opening blurs into the first substantive track, also called Arecibo.  Reverberated guitars set out an enticing melody, evocative of a journey into the unknown, and the song compels you to listen as you find out where.  The early melody soon is joined by soft keyboard music and moody bass, as if a cathedral had sacked their organist and got Sigur Rós in to do the job instead.  A light drumbeat soon coming along to add to what is a tense, expectant song just waiting to boom into life, that does eventually do so with a wave of spaced-out guitaring that would make Hawkwind proud. 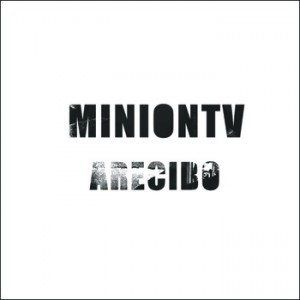 A great opener though the title track is, I’m not convinced it’s the best on the EP.  That, in my view, is the subsequent track There Will Be Bulldozers.  A soft and mournful intro evokes a dreamy sadness, and then a floaty keyboard tone takes us on a gently psychadelic journey, a light pulse provided by drums that draw you deep into the track and build up slowly to present a wonderful change of tempo where lovely guitar riffs send the track soaring.  It’s a curious mix of the cautiously energetic and warmly downbeat, and reminds me of Explosions in the Sky‘s excellent latest album.

Track three, Keep The Negatives, is something of a change of feel.  Though still soft, warm and as mournfully nostalgic in feel as the first two tracks, the echoey piano and lilting guitar invite comparison with Dire Straits, the track occupying a curious isthmus between 80s soft rock and shoegaze.  The final track, Vi, opens with sharp, echoey guitars calling out like a searchlight in the mist, and this gives way to more lilting, floating sounds to round off the EP. Though like many short releases, it all ends too quickly, and I can’t help thinking the band have a sound that lingers, haunts and stretches, and therefore better suits the wide canvass of a full-length album than the comparative snapshot of an EP.

Though MinionTV’s debut album was moody and atmospheric, this EP Arecibo sometimes feels somewhat darker, with four dreamy songs that draw you in and create evocative soundscapes that evokes both a science fiction other-worldliness and a deep draw into the emotions of the world in which we are. I’ve listened to it several times, and have thoroughly enjoyed it. Many of the songs’ riffs linger long as earworms, and there is a depth and richness to the sound that suggests the band will come up with plenty more great music in time to come.