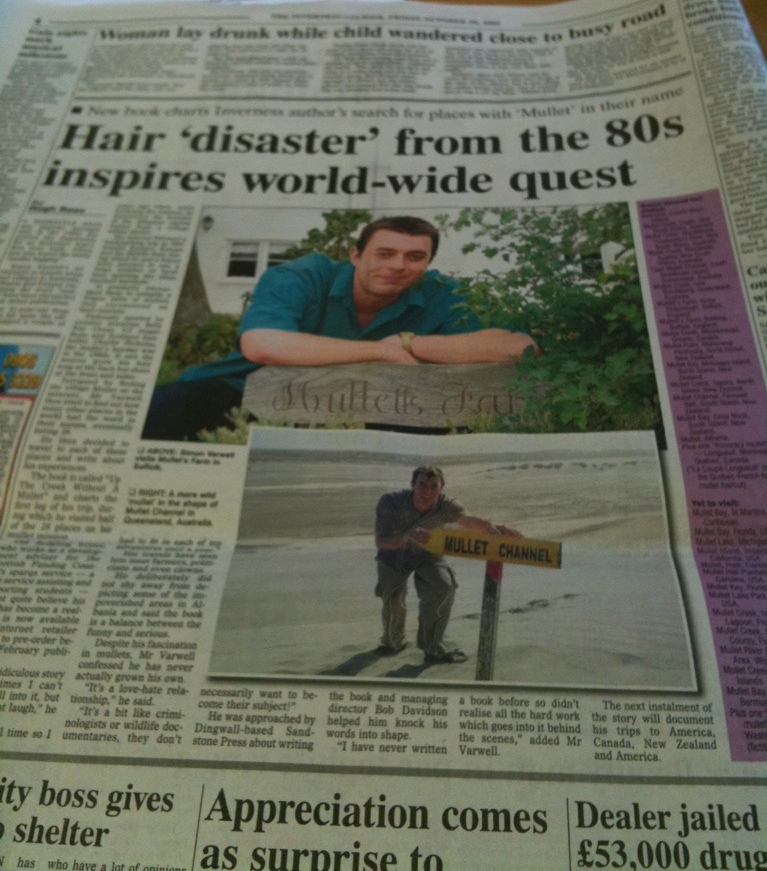 I was interviewed the other day by an Inverness Courier journalist, who had approached me after hearing on the grapevine about my forthcoming book.

The article is in today’s edition, although not also online as far as I can see.

It’s a good article, and it was a refreshing change from past media pieces I’ve done as part of the mullet mission, because I was asked not just about the search but the search and book.

However, nothing’s perfect in life – the article mentions the area of Inverness I live in, despite me asking the reporter not to mention it, and one photo I gave the paper (the lower one in the image on the right) has been mis-captioned as Queensland, Australia, rather than New Zealand’s North Island.

But it’s nice to have a bit of publicity in the run-up to the book coming out. More on which in due course.