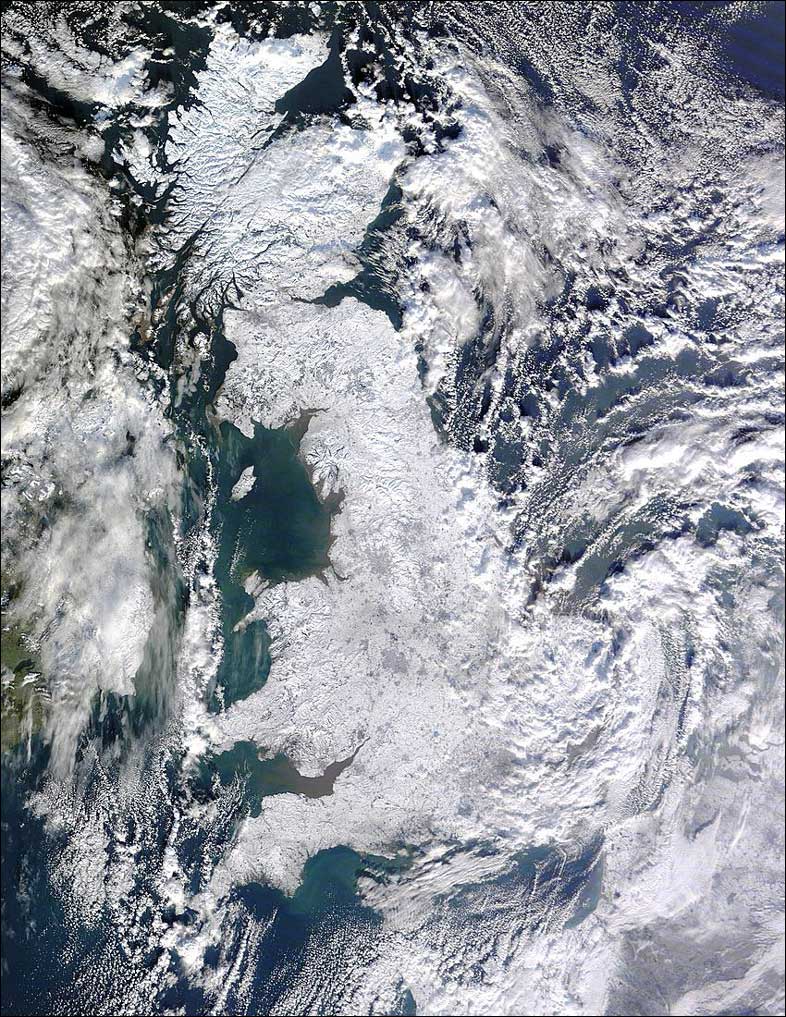 Right, after coming up for three weeks, I am now officially bored of the snow.

It seems that there is no let-up: no prospect is in sight of a thaw, the country’s transport infrastructure is going to pot, and the country is generally falling apart with shortages of grit, open schools and people doing any work.  Up here in the Highlands, temperatures have hit the minus twenties.

I’m working from home this week and suspect I represent about 10% of the effective economy.  Up until a venture to the supermarket yesterday evening, I’d not left the flat for forty-eight hours.  Streets and pavements round my neck of the woods remain either treacherous or tiresome to walk along.  Cars are hidden under snow.  It takes about ten minutes to lace up my hiking boots and put on enough layers to go outside.  We’ve not been further from Inverness than an hour away – that was only on two occasions and the journeys almost didn’t happen due to continuing snow.  The gas bill ticks up at an alarming rate.

This is in the middle of Inverness, too.  Out in the countryside, it’s even worse.  The A9 has been perillous (more than normal, I mean, and frequently closed), the train line south is closed due to a derailment, and many other roads are out of action or risky to take on.  People have died.  The canal is frozen.  The snow on the hills to the south of Inverness continues to fall, and the more it falls, the greater the post-thaw floods in Inverness.

And you know what?  I’m bored.  Cabin fever has set in.  I’m about ready for it to clear off.  I think it’s safe to say that as a country we’ve enjoyed our time off, we’ve all gone sledging, built our snowmen, and taken pretty pictures of the snow.  We’ve enjoyed the change.  And now we’re ready to go back to normal.  Not to have to put in strenuous effort just to walk down the street; not to have to abandon any plans to get out and enjoy the great outdoors that don’t involve skiing.

Yes, the country looks pretty – as the amazing satellite image above on the BBC News website demonstrates.  Yes, there are a few folk in the south of England complaining much more than they should about a few inches of snow.  Yes, we’ve yet to resort to cannibalism and wearing animal skins for warmth.  Yes, getting out and about in the snow is lovely.  But if you can’t even get the car to the near the hills, if hills themselves are knee-deep in snow, and if footpaths are lethal, smooth ice-rinks, and if you think skiing if for people with too much money and not enough emotional attachment to their legs, then there’s really not much fun in being out in the snow.

The best thing about when it snows is that it’s a rarity.  The novelty has firmly worn off and it is now feeling like the norm.

I’ll give it another few days (I’ll need that long to tie my boot laces and get my layers on) and then head outside to fight back with a couple of battery-powered hair dryers.  Who’s with me?