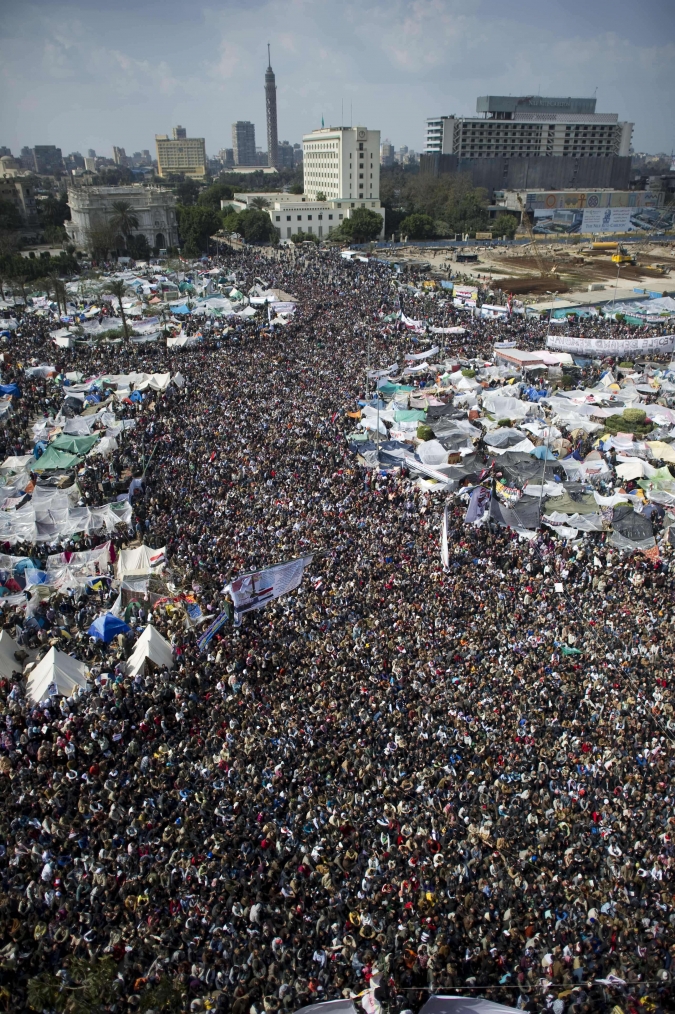 As the world reacts to Hosni Mubarak’s resignation as Egypt’s president and the intended move to a democratic constitution, I can’t help thinking how amazing it would be to be in the thick of it in Cairo: a city more or less united in its desire to see a dictator go, with people having had the courage to speak out despite the risks.  Of course, the more people there are to speak out, the more that risk is shared and thus minimised, and it’s a tribute to every ordinary Egyptian who has protested for something better that they have won an important victory.

Of course, in terms of making it a better country the real work begins only now, but there must be many happy people there, especially as in this era of the internet, revolutions are more and more grown from the real grassroots rather than political movements or state institutions.

It would be fascinating to speak to some ordinary Egyptians just now, as I must confess I didn’t really enjoy my time in Egypt, particularly Cairo, when I visited in 2001.  It could be to do with the fact it was the tail end of a three and a half month journey from Frankfurt, the fact that the winter rain was slowly catching up with our southerly voyage, or just that I was tired and ready to go home.  I’d certainly like to think it wasn’t the fault of Cairo or the Cairenes, but to be frank it might have been.

To start with, Cairo was a dirty, congested city, the unkempt red and brown buildings seeming to blur into the dust and pollution that swirled the traffic-clogged streets.  The people were largely unfriendly, with hawkers and scam artists drawn to you in wave after wave, taxi drivers keen to rip you off, and the constant backdrop of noise, crowds and singularly unimpressive food.  You stuck out as a tourist, whatever you did, and everyone seemed to know a trick to try to pull.

Although exhausting and unrelenting, you got quickly wise to it, and soon grew an instinctive cynicism that helped you guard against the increasingly outlandish, desperate and often rude approaches people would make.  I was so hardened to it that I even managed to turn the tables and get a free camel ride from a most persistent camel-handler at the Pyramids of Giza, but that’s a story for another day.

One scam attempt I do remember was when Niall and I had been in Cairo a day or two, and one of our friends had just arrived direct from Scotland to join us.  Walking back from the bus station to our hostel, a man approached us and got talking in that tone that is so direct and forward you know he’s pedalling some sort of scam, but with just enough politeness to make it out of the question to tell him bluntly where to go.

“Where are you staying?”

Stupidly, we told him.  “The Dahab Hotel.”

“Ah, I thought I recognised you.  I work there too.”  We didn’t, of course, recognise him in the slightest.  “It’s all full up now – a big party’s just checked in.  You’ll need to come to our sister hostel just down the road.  I can take you there.”

Thankfully we were entirely wise to this, and he eventually got the hint and left us alone.  Back at our hostel I explained to the guy at reception what happened.

“He said he worked at the Dahab Hotel,” I said, incredulous at the scam artist’s audacity.

“Everyone works at the Dahab Hotel,” the receptionist replied with a dry smile.

From memory, the only genuinely nice Cairene I met outside any service context was a middle aged man roasting chestnuts on a busy street who stopped me and the Dutch guy I was hanging out with.  We were cautious, but as he spoke we realised he was just up for a chat.  He asked where we were from, knew all about our respective countries, and explained he was an English teacher.

Quite why he was manning a chestnut stand on a busy street in the middle of the day, I have no idea (it was Ramadan – perhaps it was a school holiday?), but he didn’t attempt to sell us anything, offer to help us, or recommend his cousin’s taxi, hostel, restaurant, shop or suchlike.  It was just a friendly, warm conversation.  I remember little of what he said, but everything he didn’t say: his lack of enterpreneurial opportunism was hugely relieving, and after a time he bid us well as we went on our way.  Amongst all the opportunists attempting to fleece tourists for all they’ve got, it was refreshing and reassuring to meet him, no matter how briefly.

I often wonder what he’s up to today – perhaps still teaching English, perhaps still roasting chestnuts.  Perhaps he’s been amongst the protests these past few weeks, shouting and protesting for the sorts of political freedoms and economic security we take too easily for granted in the west.

I’ve just checked the web, and where we stayed was just a short walk from Tahrir Square, the focus of the protests.  I don’t specifically recall the square itself, but I do note that it is right next to the Museum of Egypt which I definitely visited, so I guess I must have been there.  It’s just quite unrecognisable from the spectacular pictures contained in news reports (for which, incidentally, I can heartily recommend Al Jazeera’s coverage).

Nearly ten years previously, on the hot dusty streets of Cairo, as my patience and energy slowly ebbed away, I wouldn’t have imagined that there would be a great revolution powered by social networking tools I had yet to hear of.  The world changes quickly, though, and Egypt’s pretty good at making history.  It’s had plenty of it, I suppose.