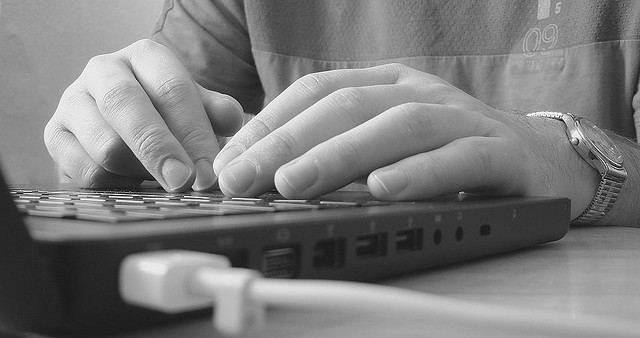 I feel that you, dear reader, are long overdue an update on the progress of my second mullet book.  This will be the sequel to Up The Creek Without a Mullet and will bring the account of my mullet-hunting adventures more or less up to the present day, charting my trips to England, Canada, New Zealand and the USA.  There’s much to update on, so this is a bit of a long post.

Delays have been plentiful, primarily due to my own lack of progress with finishing, that that in turn has been a result of busyness and not a little writers’ block. It’s been a hard slog in the past year or two, and I am sure had I been better organised and motivated I could have finished the book much sooner.  However, it’s now just about ready, and will be titled Return of the Mullet Hunter.

The bad news is that the publishers of Up The Creek Without a Mullet, Sandstone Press, have declined to take the sequel.  There were some concerns about the quality of the book (more on which in a moment), but to be honest sales of the first book haven’t been what either I or Sandstone would have hoped, and if a gamble on one book by an unknown author fails, then a publisher has every right to be cautious about a second gamble.  Also, and much more excitingly for Sandstone, they’ve been very successful in their rapidly growing contemporary fiction output, with many titles by well-known and respected authors, and some releases having won longlists, shortlists and even prizes in very prestigious competitions.  It’s exciting times for Sandstone on the fiction front, so is entirely understandable with that growth in fiction that they conclude that there’s no room for another whimsical travel title such as my continuing mullet adventures.

Disappointing though that rejection was, I simply regarded the decision as an opportunity to try other avenues.  The day I got the news from Sandstone, I was searching around online for other publishers and agencies who the second mullet book might suit, and over the coming weeks I will be pursuing those avenues, difficult though it will be to pitch a sequel to a brand new publisher.

So the alternative avenue I am also thinking of exploring is self-publishing, a route I’ve been hearing more and more about in the last couple of years.  Largely due to the rise of the ebook, self-publishing has been seen as increasingly easy and viable, not to mention empowering in terms of giving authors full control over their text and the means and tone of publicity.  Of course there are drawbacks, not least in terms of the numerous tasks from proofing to designing to marketing that instantly pass from publisher to author upon adoption of this route.  Plus, sometimes – often – authors’ judgements are wrong and their skills are insufficient, which is precisely why there is a array of editors, proof-readers, type-setters, designers, marketers and so on working on any traditionally published title.

But there are certain things I have been able to do to at least try to mitigate some of that gap, and of course ready the text for submission to other agents and publishers.  One thing is good editing.

As I say, UTCWAM didn’t make a huge number of sales, and neither did it particularly set the book world on fire as I saw disappointingly few reviews of it.  However, there was one review that was my favourite.  Not because it was the most glowing (it wasn’t), but because it was the most thoughtful and the only one to directly address perceived problems and weaknesses in both the wider genre and the book itself.

It was written by friend-of-a-friend Simon Bishop, and in subsequent correspondence Simon said he’d be very happy to take a look at any future manuscript I wrote.  So, when the second book was rejected by Sandstone I asked Simon to read it and give me some general comments about what worked and what didn’t.

The feedback I got was pretty mindblowing.  It was as if Simon had been inside my head and knew what I was trying to do better than I knew myself, combining as he did the dispassionately forensic eye of a scientist with the creatively empathetic eye of a keen traveller.  He suggested moving certain bits around, leaving some parts out, and elaborating on others.  With perfect accuracy he could tell the sections I’d most struggled to write.  The action points I’ve taken from Simon’s feedback were hugely satisfying to get stuck into.

I mentioned earlier Sandstone’s concerns about quality when I submitted the manuscript to them, and now feel I’ve addressed them and improved the book to the best of my ability.  I probably should have done all this before submitting it to Sandstone, but hey, you live and learn, and as one door closes, others will open.  This just shows that you cannot put value on a good editor, and I’m grateful to Simon for putting in such a lot of work, not only into commenting on the manuscript as I described above but also taking a second look to provide a more detailed copy edit.

So, having just about finished addressing the points Simon recommended I look at, and being really happy with the end result, I am now ready to pitch once more.  That will be the task for the coming weeks.  I am not sure how confident I should be that someone will be interested in it, or whether I should conversely be realistic about having to resort to self-publishing.

Either way, there’s been delay enough, so I am determined to make progress soon down whichever route it works out to be.  If the book is snapped up, then there will be further (though entirely welcome) delays.  If not, then I’m determined to self-publish it by the end of 2012.

And with the bulk of the writing out of the way for the mullet sequel, I can really turn my attention to my other ongoing task: writing up The Next Stop.

3 thoughts on “Return of the Mullet Hunter”