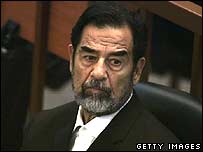 Last night, “The Hanging Gardens of Babylon” came in a rather pathetic 11th place in the Basement Bar pub quiz, I’m ashamed to report. We weren’t at full strength admittedly, but I hadn’t even noticed there were as many as eleven teams in the pub, so it was a disappointing score.

As the quiz was going on, meanwhile, the Inverness CT v Aberdeen match was on the telly. It was an important match as the winners would have finished joint second with Hearts in what is proving to be a congested top half of the SPL. It finished a 1-1 draw, and although Celtic seem to be running away with the title, just a handful of points separate 2nd from 9th. The SPL is proving to be fascinating again this year, with a real dogfight on for 2nd place, thanks to surprise slip-ups from Rangers and Hearts, plus strong showings from Inverness, Aberdeen and Kilmarnock among others. It may not be the prettiest season but it’s definitely one of the most unpredictable and competitive in recent years.

The most interesting score, however, is my recent battle with mosquitoes: it’s currently Simon 1, Mosquitoes 0. Yes, I don’t understand why I’ve got mosquitoes in Scotland in November either. But the distinctive buzzing sound and occasional glimpses of them prove it’s definitely not anything else. I killed one a few days ago, and the second one woke me a couple of times as it dive-bombed me last night, but fled when I put the light on to swat it.

I’ve not been bitten yet though, and am determined to get this second kill. Victory will be mine…

3 thoughts on “The latest scores”