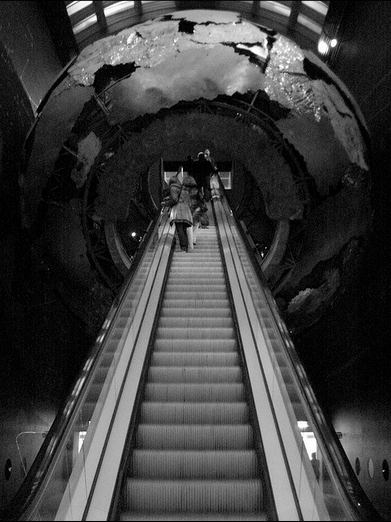 So many bizarre, myth-clad and downright wrong articles about the independence referendum fly by my attention these days that I’m now usually immune to them. I stop getting angry about them, stop tweeting about them, and stop blogging retorts to them.

Two recent articles, however, have made me put finger to keyboard, and what they have in common is that they are aimed at overseas audiences and are highly critical of independence. This is important, because it shows that firstly there is international interest in the referendum, and secondly it is felt by activists and campaigners for “No” that the international audience is one worth preaching to.

That in turn is significant, because one of the tactics of the No” camp is to create the illusion that an independent Scotland would be a disruption to the international order and a threat to other countries’ interests. From the supposed threat to Spain from sub-state secessionism, to the supposed threat to US strategic interests of a Scotland free of Trident, it seems that “No” is trying to turn the world against Scotland. Odd, for a “patriotic” movement as Better Together describes itself.

What’s worrying, though, is that – judging by these two articles that caught my eye – the battle to win overseas hearts and minds is being fought by “No” voices with a scary mix of inaccuracies, downright lies, and bizarre claims that would be hilarious if they weren’t so serious. It’s almost understandable if the articles were written by overseas journalists who clearly know only the most superficial details of Scottish politics, as one of the two indeed is. But the other, for crying out loud, is written by a Scot.

Here’s a bit of an examination of the two articles in turn.

David Mundell insults most of the world…

The first, on the website Foreign Policy, asks “Is 2014 the Year Scotland Finally Gains Independence?“. It is by the American journalist John Hudson, who I confess to never having heard of but whose bio suggests a sparsity of understanding of Scottish politics.

The first thing that struck me about the article is that it centres around an interview with Scotland’s only Conservative MP, David Mundell. Though he is Under-Secretary of State for Scotland, he’s hardly well-known in Scotland and it is safe to say that – due to the many Labour and Liberal Democrat voices in the campaign – he’s not even one of the big names of the pro-Union camp, let alone Scottish politics more widely.

The journalist Hudson is clearly unaware of this, describing Mundell as “London’s poster child for keeping the United Kingdom united”. I had to laugh at this, because he’s not even the Conservative Party’s poster child, let alone London’s.

(Incidentally, Hudson also describes Mundell as “[a] lifelong Scotsman” as if being Scottish is some sort of quaint hobby. He also adds that “Mundell is the only Conservative MP who represents a Scottish constituency, making him an ideal courier for David Cameron’s anti-independence message.” Er… no it doesn’t, him being the only Conservative MP in Scotland makes him, by that logic, the only courier.)

Moving on, the second thing that jumped out from the article is this ghastly quote from Mundell, interviewed in Washington DC prior to a lecture he was delivering:

By saying that Scotland would have “absolutely no influence”, Mundell is not only demonstrating astonishing ignorance (because even the smallest, weakest countries have at least some minor influence – it’s surely impossible to have literally, absolutely, none). More than that, he also manages to insult the people and governance of a great many countries across the world. I’m not sure whether he is meaning that anything below the UK’s size has no influence, or whether anything at or below Scotland’s size is the bar. But either way, it’s a colossal diplomatic gaffe that effectively describes dozens of the UK’s near neighbours and allies as somehow lacking influence in the world.

The article then goes on to touch on comparisons with other secessionist movements around the world, and that’s a theme explored in much more depth by the second article I want to talk about.

…and so does George Robertson

(Yes, the same George Robertson who declared in 1995, before the creation of the Scottish Parliament, that “devolution will kill Nationalism stone dead”. A bizarre proposition that power over health, education, tourism and the environment would suddenly neutralise all arguments that are based around, say, foreign policy, welfare or broadcasting.)

In Robertson’s article, he says that upon independence

“the 300-year-old union of Scotland, England, Wales and Northern Ireland — the United States’ oldest and closest ally — will be on the road to disintegration…”

“The global balance would be substantially upset should one of the West’s key unions, and its second-biggest defense power, split up.”

These three claims are hilarious in their wildness, and while Robertson is clearly dramatising for an American audience he – as a former senior diplomat – really should know better. Unlike Hudson in the first article, Robertson cannot plead ignorance as an excuse here.

Nor should there be any fear from the USA, which would of course gain another ally and close cultural, historic and linguistic cousin. In fact, it’s actually a spectacular misjudgement of the USA’s strength and power to say that Scottish independence would have the remotest impact upon American diplomatic, political and military clout.

More seriously, however, Robertson moves on to warn of “re-Balkanization of Europe”, where

“In a fragile, unstable world where problems and solutions are going global, going local would benefit no one. Separatism offers little by way of comfort to worried populations. It promises more strife and dissension.”

This, too, is a diplomatic gaffe. Robertson is effectively saying that any country that is the result of a secession benefits no-one, is no comfort to worried populations, and promises more strife and dissension. The term “balkanisation” is especially offensive, as I doubt the citizens of Slovenia, Croatia or Montenegro would tolerate arguments that their independence has harmed the world and that they should have remained under a genocidal fascist regime for the good of international stability.

If I was a citizen or politician of one of the many countries in the world that have seceeded from others – that includes Ireland, Norway, pretty much the whole of the Third World, and even the USA itself – I would feel rather insulted by that ignorant remark.

Moreover, Robertson says that “there could be more breakaways to come”, citing movements in Spain and Belgium, which could be encouraged and inspired by Scotland’s independence. To which the answer is: so what, if that’s what the people want? Is he saying that secessions should be opposed, perhaps even resisted through US or other intervention, in the face of democratic will? Which past secessions would Robertson reverse in the name of recapturing a previous level of global stability?

Why is he automatically assuming that these possible future secessions have no merit or would threaten the world? The clue lies in his statement I quoted above, that “where problems and solutions are going global, going local would benefit no one.” Here, he’s saying that small or secession-founded countries are inherently – not just possibly, but inherently, by their very nature – inward-looking and resistant to global trends or international cooperation.

The evidence, certainly as far as Scotland is concerned, couldn’t be more starkly counter to this. A major fuel in the Scottish independence campaign is the desire to stop the UK Government being able to impose things like the Iraq war or anti-immigrant policies upon Scotland. Part of why people want independence is precisely so we can move away from this insularity and into a more typically Scottish internationalism.

Meanwhile, the UK is in very real danger of withdrawing from the EU and possibly other European institutions too. That’s “going local” right there for you, Mr Robertson.

As the former Secretary-General of NATO, George Robertson should know the valuable role small countries play on the international stage – not least NATO members like Belgium, Denmark or Norway. Not only is he saying that an independent Scotland automatically, regardless of the government it elected, would be a narrow-minded counterbalance to a globalised world, he also is saying that any country that becomes independent would be the same.

Both these articles – perhaps ignorantly in Hudson’s case, but knowingly in Robertson’s – spread misinformation and alarm to an international audience. They say that secession, and perhaps any mild disruption to the conventional global order of things, are a bad thing. This is desperately sad because it closes minds to not only a different way of doing things, but also even the same way of doing things with one extra actor doing them.

If the world is interested in Scottish independence, and I can’t blame it if it isn’t, then it needs to know that an independent Scotland would be a new ally in the fight for peace and democracy, and a positive member of international organisations. Anyone who suggests otherwise has an extremely dim view of the Scottish people and has clearly paid no attention to recent Scottish public and political discourse.

2 thoughts on “An #indyref worldview”