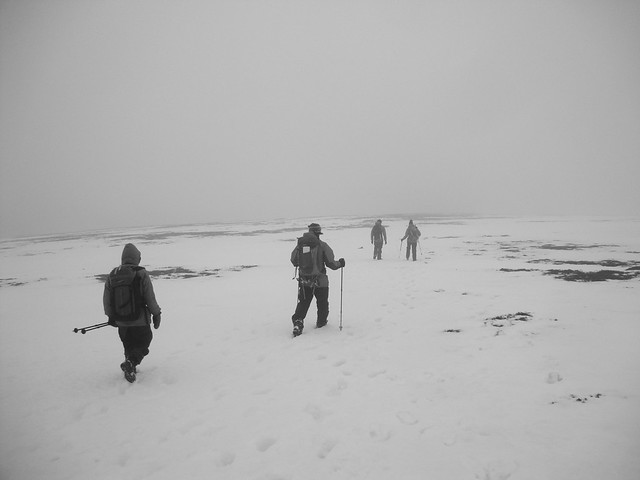 Back in March, I went hillwalking for the first time in probably over a year. The last time I went, I was appallingly unfit but this time I was in better shape having committed myself to getting fit, and I am glad that it paid off.

We were staying with some friends at a modest lodge in Tarfside, a small village near the end of Glenesk, a long, winding road through the Angus foothills to the south of the Cairngorms that seemed to go on forever. Angus was not a part of the world I knew well – I’ve been to Arbroath – and in my ignorance I assumed that anywhere beyond the Highlands wouldn’t be home to decent mountains.

Of course, the southeastern corner of the Cairngorms is not all the far away, and within reasonable reach was our destination for the Saturday – Mount Keen. 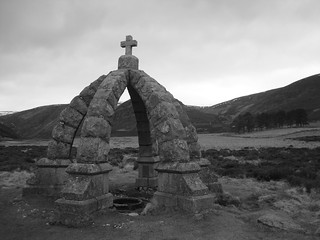 It’s a mountain I’ve seen in the distance from the north, and I’d heard it’s a good climb, and on a damp March morning – the day’s rain in the air and the previous day’s persisting underfoot – so it proved to be.

Standing beyond the edge of the glen, which ended in an amphitheatre of soft hillsides and sharp cliffsides, Mount Keen was the midpoint of a large loop we planned to take.

We passed a monument to Victoria – evidence that some feet that trod or rode this path were more equal than others – left the track and headed up the hill, following the burn up through heather, rock and a little mud. 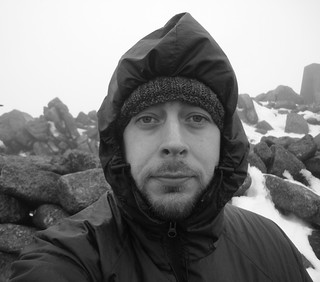 Soon entering the snow line, we took in a peak or two before – in fierce, freezing winds, we made it to the top.

I’d survived, and, as a bonus, wasn’t exhausted to destruction.

The descent, of course, was swift and efficient, with the help along the way of a good path, and as the snow disappeared and the cloud lifted, we got an impressive view back across the glen we’d journeyed along.

Though the path – as with the bare, heathered moors – were examples of how this is a landscape preserved not for hillwalkers – or even for people who might live there – but for shooting parties. 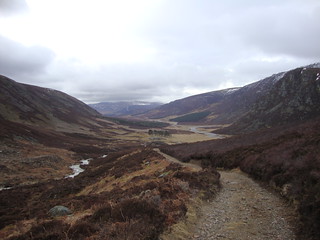 I’ve no idea who owns the land around this area, though clues as to the history of the area were to be found the next morning, when we visited the impressive Glenesk Folk Museum.

The museum, housed in an old retreat lodge, was established and has been run by people from the community, which surprised me a little as it seemed there were so few folk in the area. Much less than in the past, as the museum revealed.

Yet it was all run by volunteers, which made the richness of the exhibits and the depth of the story of the area all the more impressive.

It made me realise that such “empty” parts of Scotland are packed with stories and haunted by the voices of folk past. In so many places such things have been lost, and it’s to the credit of those who have worked so hard in Glenesk that, at least, these stories and voices have been captured.

If you’re in the area – and it seems such a long drive from anywhere, chances are you’ll not be – it’s well worth a visit. And if the contents of the museum are not enough of an incentive, the outstanding cafe should be… 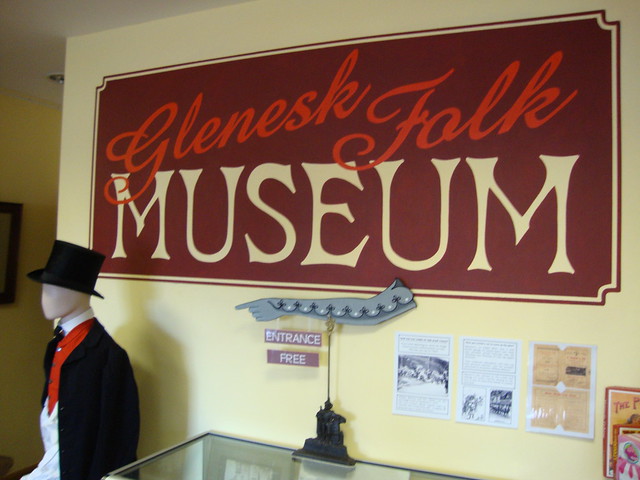