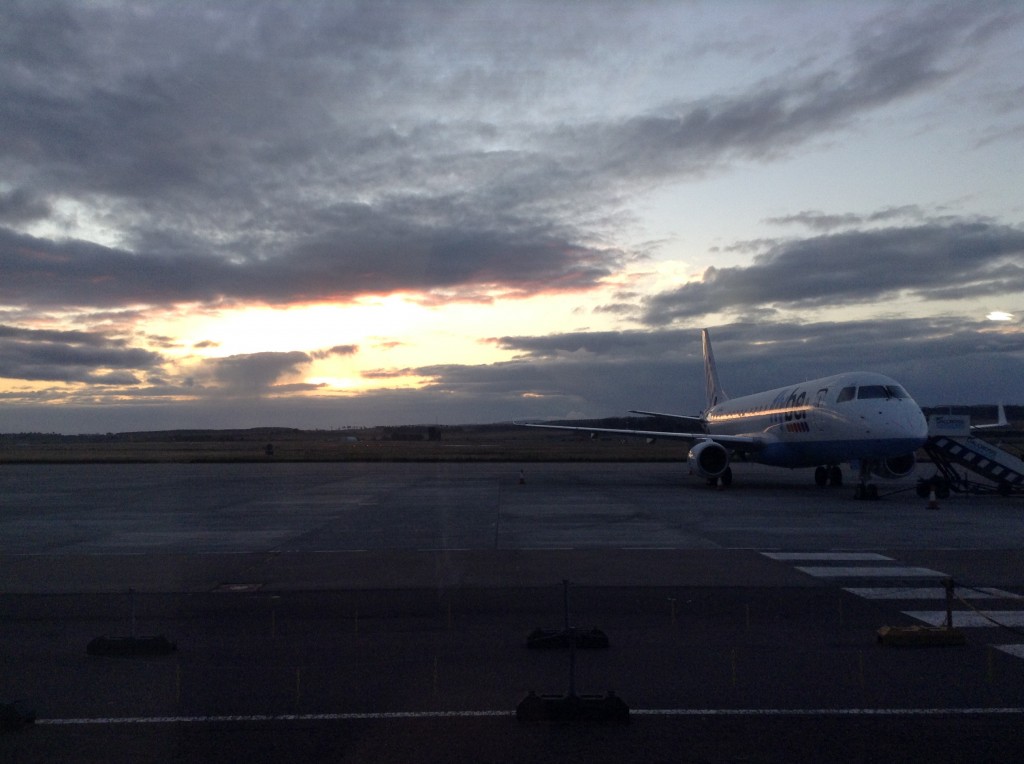 Four of the flights were to Toulouse and back in February, and then the other four were a (very) long day trip to Belfast for work the other week.

The last of those, Manchester to Inverness with Flybe, was something of a poignant occasion because it turned out to be the last flight of the Inverness-based Flybe staff. I knew from the news that Flybe were closing their Inverness base and laying off all their crew there, and that as part of this they were ending their Inverness to Gatwick flight. I hadn’t realised until I saw on Twitter, though, that it was the day I was travelling. Although the Inverness to Manchester flight was carrying on, it was presumably going to be staffed by Manchester-based crews, and there was a round of applause as we landed at Inverness, following a heartfelt announcement from the crew.

And there are some good things about flying that my trips to Toulouse and Belfast reminded me of. The views from the plane window. The fascinating people-watching you get at airports. The endless waiting and sitting around that, far from being frustrating, can with the right mindset actually be a nice chance to relax, read and not worry about anything.

Moreover, you couldn’t get to Belfast and back for the day by train. Well, you could actually get there from Inverness by train and boat (I did it in 2004 when I went to Ireland on my mullet-hunting trip), but you’d have to turn around and come back again pretty much immediately to have any hope of returning in the same day.

But for all the positives of flying, I still hugely prefer the train. Fingers crossed there won’t be any other flights this year. Unless it’s somewhere really interesting…