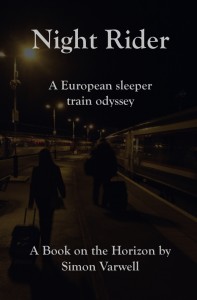 Trying to find Europe’s longest chain of sleeper train journeys; and undertaking a few of the candidates.

There are few journeys that stir the imagination as much as a sleeper train. The idea of travelling with a bunch of strangers through the night is the stuff of many books, from travelogues to (gulp) murder mystery. I’ve had some great conversations with fellow travellers across Europe in sleeper car lounges, cramped carriage corridors or – in cheaper travel options – multi-berth compartments.

I can’t recall how many different sleeper journeys I’ve taken. Perhaps over a dozen, including between Sofia and Bucharest, Munich and Paris, Zurich and Graz, and of course many times between Inverness and London. The lack of comfort isn’t always a drawback – the novelty, the exhaustion from a busy day’s travelling or work, and the gentle soporific rattle of the train all add a special sense of place and moment and make sleep a little sweeter.

I remember at the tail end of my European trip in 2012 feeling somewhat seasick after two sleeper trains in a row – Munich to Paris, then London to Inverness – but it was a wonderful feeling to have travelled overland from the centre of Austria to the north of Scotland without needing a hotel room and without wasting much time being stationary.

And the thought occurs: could that journey have been longer with the addition of other sleeper legs? At the northern end, obviously not. There is no other sleeper from Inverness except southwards. But from Munich? Absolutely, yes – there are currently options to go to Berlin, Venice, Milan and many other locations. It might not make for much of a straight line, but meandering is fine if it continues consecutive sleepers.

I’d love to see what other “sleeper chains” like that exist, journeys of at least two consecutive overnight trains, and undertake a few of them.

It would be an adventurous and liberating quest. Travelling on numerous trains in one trip is manna from heaven for a rail buff like me, but there’s also an enticing “old school” feel to the idea – criss-crossing Europe through the night, and exploring a new city, language and culture by day.

I can imagine travelling extremely lightly, with one small shoulder bag at most. I’d have to carry everything with me during the days, after all (station luggage lockers, where they exist, are always extortionate). The ability to breeze in and out of railway stations and flit through the sights of different cities unburdened by large bags would create a light-footed series of journeys, and hopefully a fast-paced book.

Despite that freedom, though, I’d want to have some rules. For starters, each leg would need at least two sleepers, and each night would have to be on a different train – which would rule out simply sitting on the Trans-Siberian for the best part of a week. Also, the example I mentioned of Munich to Inverness wouldn’t count, as it involved the Eurostar between Paris and London. Instead, I’d want each “hinge” along the way to be a single city, avoiding anything more than mere changes of stations. Finally, I would bar myself from substantially retracing my steps – because Inverness to London then back north to Aberdeen, for instance, would lack freshness on the second leg.

That leaves me with just one chain that I could start from my doorstep: Inverness to London, and a day there before getting the sleeper to Penzance in Cornwall.

The Paris to Munich sleeper could be followed by a journey from Munich to any number of places, such as Budapest, Zagreb or Milan.

Zurich to Belgrade, a leg I’ve partly done, and then on to Thessaloniki appears to be another option. As is Rome to Munich (which is emerging in my early research as something of a “Grand Central Station” for Europe’s sleeper routes) and then Berlin.

There appear to be plenty more options that could take me to Spain, Portugal, Italy, the Scandinavian countries or Russia. And while I think the spirit of this book is very European, extra-adventurous later chapters – or even a sequel – could cover journeys as far afield as Canada, the USA, Australia, China, India and even Argentina. Anywhere, frankly, where there there are at least two sleeper routes that share a city.

As an early spoiler, though, it looks from various websites that one candidate for the longest possible chain is Luleå – Stockholm – Malmö – Berlin – Munich – Budapest – Bucharest – Sofia – Istanbul. That’s a total of eight consecutive nights on different sleepers. Travelling overland from almost the Arctic Cicle to the Bosphorus strait has me almost salivating with wanderlust at the mere thought of it. Mind you, I’d need to do a lot more research to make sure timetables work out, whether further overnight travel deeper into Turkey is possible, and indeed if any other similarly long chains are out there (though I doubt it!).

So far, so exciting. But there is a problem with this book.

Sadly, a number of sleeper services have closed in past years, and many others are vulnerable to the same fate, as this recent Guardian article explains. Mind you, this Telegraph article is more positive in highlighting lines that have been saved from the axe or indeed (re-)introduced.

Whatever the trend for sleeper journeys, I’d argue that any risk to services presents less of a threat to this book idea, and more a Schadenfreude-laced opportunity. A book that covers threatened sleeper services, or refers to lost ones, would at worst be a beautiful, poignant tribute to a dying mode of transport. At best, however, it could be a book about the enduring timelessness of a magical way of travelling that at least in part helps to define what Europe is.

I love trains, I especially love sleeper trains, I’ve been on plenty of them, and I’ve written about them before.

I also love the idea of stringing together places in a way that creates epic journeys across Europe, especially journeys that might soon no longer be possible. And I love the challenge of trying to make the most of each link city during only the daytime.

Sleeper trains have been written about extensively in numerous articles and books. I’m not convinced anyone has intentionally tried to make anything out of consecutive sleepers, however.

Getting a powerful sense of the beauty of sleeper trains, seeing some interesting cities, and meeting some characters along the way. It would also be nice to get under the skin of, and briefly research the history of, sleeper travel generally.

Not a lot. At a push, I’d mildly worry about not being able to have a regular wash or shower. However, some sleeper trains have showers in their top-range compartments, and facilities are occasionally available in stations too.

I’d also be concerned about the threat to some of these sleeper journeys, and closures happening before I could get round to doing trips on them. Though for the foreseeable future there should be enough routes for a few decent chapters.

Although sleepers are quite expensive modes of transport, one strength of this concept is that it is about a number of unrelated chains. It would be nice to do everything in a oner over several weeks, with day trains or flights between the end of one chain and the start of the next, and perhaps a few rest days here and there. But that’s not essential. Each trip is a self-contained journey and will be very rarely more than three or four nights, so the whole adventure could feasibly be packed into a few long weekends away here and there. And with the bulk of the chains I’ve identified being in Europe, they’ll rarely be too far away.

Let’s assume that the most expensive sleeper ticket will be around £200. That’s probably going to get the most luxurious, en suite compartment – though it will be more in keeping with the spirit of the book to rough it lots in the cheap multi-berth compartments. If chains tend to be just two or three legs, and I budget in daytime costs and travel to and from the start and end points, then £1000 would usually be more than enough. That’s a manageable, quantifiable sum – though it quickly mounts up the more chains I do, the longer the chains stretch, and the further away from home they are.

This is among my favourites from my Books on the Horizon, and perhaps the one I’d most like to see happen. It’s unlikely at this moment in time but not impossible. Doing one or two chains here and there when funding and time arises is quite easy to imagine. Doing enough chains to make a viable and substantial book, however, could be a very tall order.