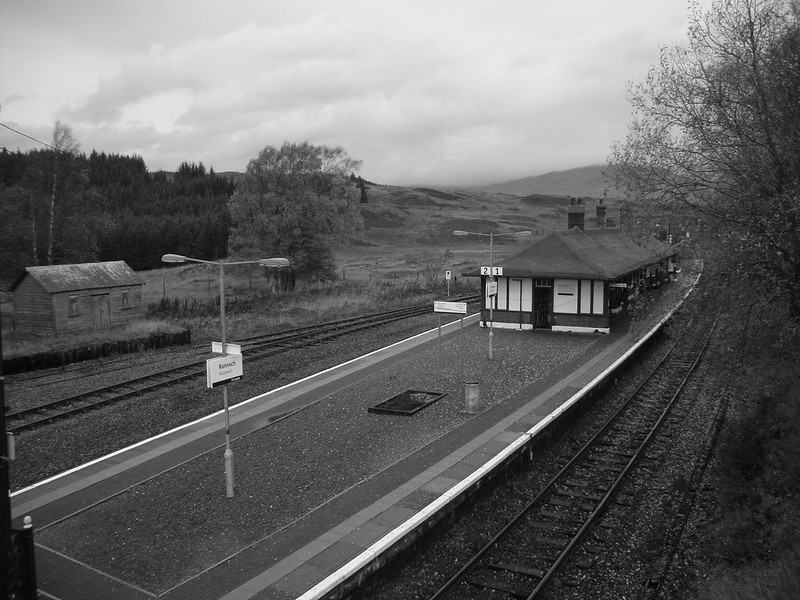 The West Highland Line, running from Glasgow to Oban and Mallaig, is rightly and repeatedly held up as one of the most beautiful railway journeys in the world. As I argued in an article last year, however, it’s worth getting off en route on this and other scenic Scottish lines, because the places you would otherwise pass through can have individual charms of their own.

That’s even – perhaps especially – the case where you alight to find that there’s not much to be found except the station itself and a bleak landscape all around. In such spots, the fact that the railway station is the main hub of civilisation often makes it somewhat pull its socks up and rise to the occasion.

Rannoch station is one such stop, sitting three hours north Glasgow on the Mallaig branch of the line. When you get off, you’re tempted to conclude that there’s little to see beyond the admittedly scenic wilderness. But a quick poke around the station reveals quite the contrary. 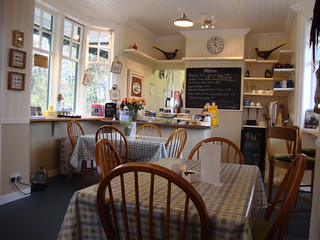 For a start, there’s a stonkingly good cafe. I was lucky to visit the station early this November on the last day of the cafe’s season, just before it closed for the winter.

As you’d imagine for a place that’s a long way from major towns and thus suffers from high transportation costs, it wasn’t cheap.

But the fare was lovely, the staff were very friendly, and after a bacon roll, hot chocolate and enormous slice of cake (hey, I was on holiday) I was thoroughly refreshed. It’s well worth visiting – but just avoid the winter months. 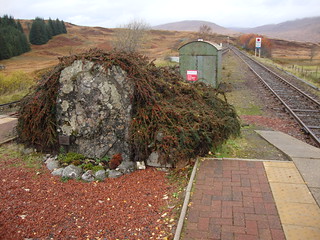 One board highlighted the Renton stone, a carving sitting at the end of the platform.

The carving is of one of the railway directors, a Mr Renton, who in the early days of the construction of the line in the 19th century put his hands in his pockets to help fund the work, at a time when work was at risk of not being completed.

While it is wonderful that such often small locations are connected to our national rail network, it’s important to remember that many of the more rural lines almost never got finished, and some of course have since been closed.

It’s due to the energy, drive, and, frankly, money of people like Renton that you can take the line to Rannoch at all.

See Flickr for a few more of my photos of Rannoch station. And if you’re interested in reading more of my railway travel writing, check out my book The Next Stop: Inverness to Edinburgh, station by station.