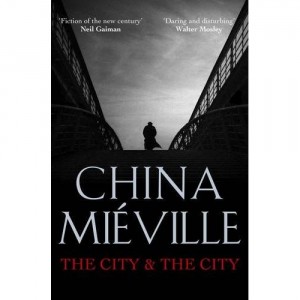 I was delighted to read a while back on the Guardian website that China Miéville has won the Arthur C Clarke Award for science fiction for his book The City & The City.

I blogged about this incredible book a wee while back, but a mixture of Nicole’s reaction as she finished it, the news of this award, and the fact that the book has lingered in my mind, makes me want to revisit it in a second post.

This Kafka-esque, Kadare-esque marvel has really got under my skin and its images and ideas have taken root, a sign of a truly excellent book.  I’d quite happily say it is in my top five favourite books, ever.

More than that, I can’t help thinking it would be an incredible film.

To recap, the book portrays a somewhat run-down part of otherwise contemporary Europe where two physically overlapping cities, Besźel and Ul Qoma, are historically divergent in their culture, language and customs, but whose inhabitants intentionally fail to notice or interact with those from the other side, on pain of terrifying and mysterious consequences.

This would a challenging reality to convincingly portray on screen, as you would need to help the viewer “unsee” the wrong things, as those in the story do.  Further, a truly authentic adaptation would need to maintain the linguistic gulf between the two cities by expanding and employing at least one if not both of the book’s created languages.

But like the Lord of the Rings sometimes the challenge is tough enough – and the book phenomenal enough – to inspire people to try for it.  The City & The City would be a new film noir classic.  I can already see Ridley Scott doing his brooding, atmospheric best with the idea.

I could even imagine Miéville producing a sequel, continuing to explore the mysteries of the two cities.  Being realistic, though, film adaptations or sequels can frequently fail to work, as The Golden Compass or The Matrix respectively prove.  And perhaps the strength of books like The City & The City is that they fuel pictures and ideas that remain in the imagination, unspoilt by stretching things beyond their capacity to amaze.

If you like books that offer a brilliantly imagined world firmly placed just beyond reach of familiarity, then I really can’t endorse this book enough.  I think I may go back to it soon and read it again.

And if you like The City & The City, perhaps I could recommend something by the Albanian writer Ismail Kadare – The Palace of Dreams is a particularly good read, with a similar dark tone and gripping quality.

One thought on “Revisiting The City & The City”