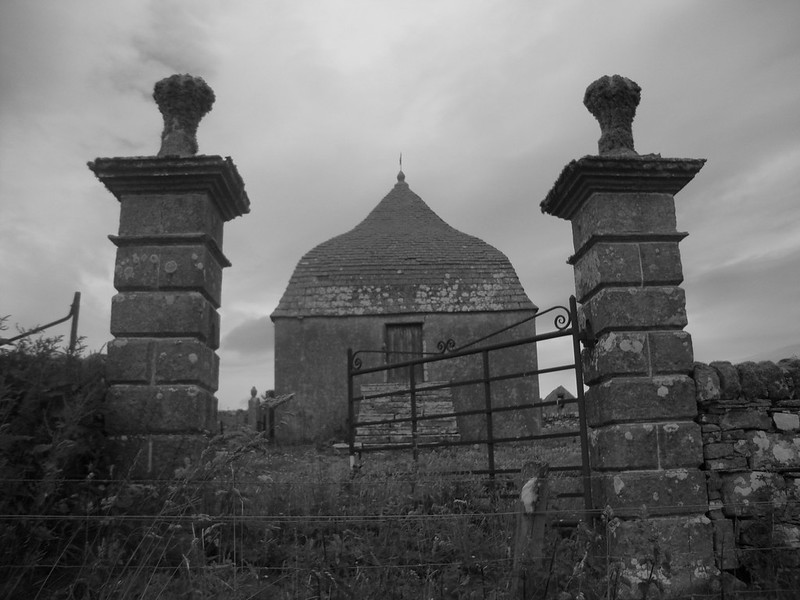 On the eastern coast of Caithness, not far short of the county town of Wick, lies the village of Ulbster. There, not far from the coast and in the midst of green farmland, lies a curious little construction – the Sinclair Mausoleum. 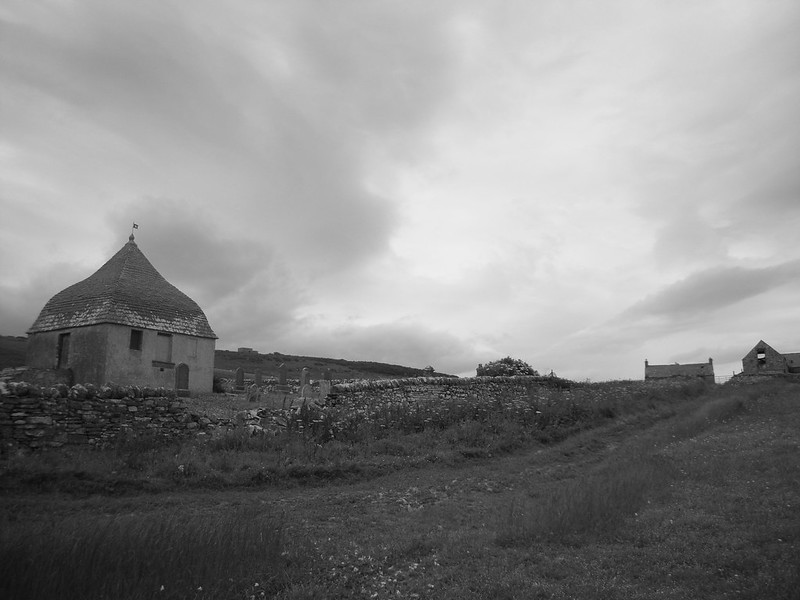 Built, it seems, in 1700 as a burial site for the Sinclair family, the mausoleum is a simple but striking building, overgrown, crumbling and looking rather abandoned. And there’s not a whole lot of authoritative information written about it online. One good source is Historic Environment Scotland’s Canmore site, which gives what little history is known – including that it was built on the site of a much older chapel, and that Pictish stones in the grounds have been moved to a museum in Thurso.

It reports that some sources “maintain that the mausoleum is the converted remains of the chapel” but equally that there are “no indications that the stones of the older chapel are incorporated in the newer building.” 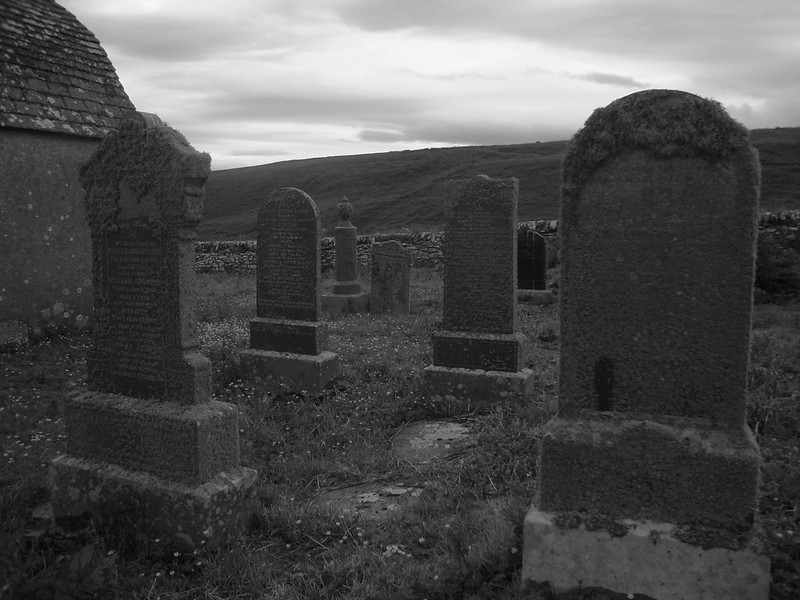 Despite that scant background, or perhaps because of it, the mausoleum is a compelling visit. The atmosphere is significantly added to by the long drive down a bumpy track and the isolated setting of nearby abandoned farm buildings. 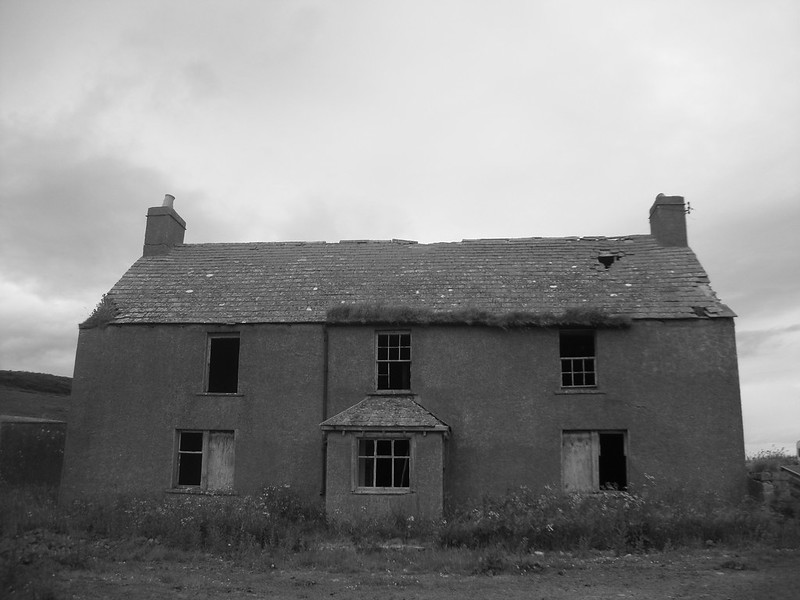 The land is clearly used – there are sheep and modern farm machinery around – though the buildings are all long past fitness for habitation, resulting in a quiet and almost eerie spot.

The mausoleum itself is intact, apart from the weathered and precarious steps, and has clearly been maintained to a degree, especially in terms of reinforcing its roof.

But all around is an overgrown graveyard, with a range of headstones dating from the 19th century to one as late as the 1970s.

Looking from the mausoleum across the fields and out to sea, there is quite a contrast between the serenity of the location and the relative bustle out to sea. 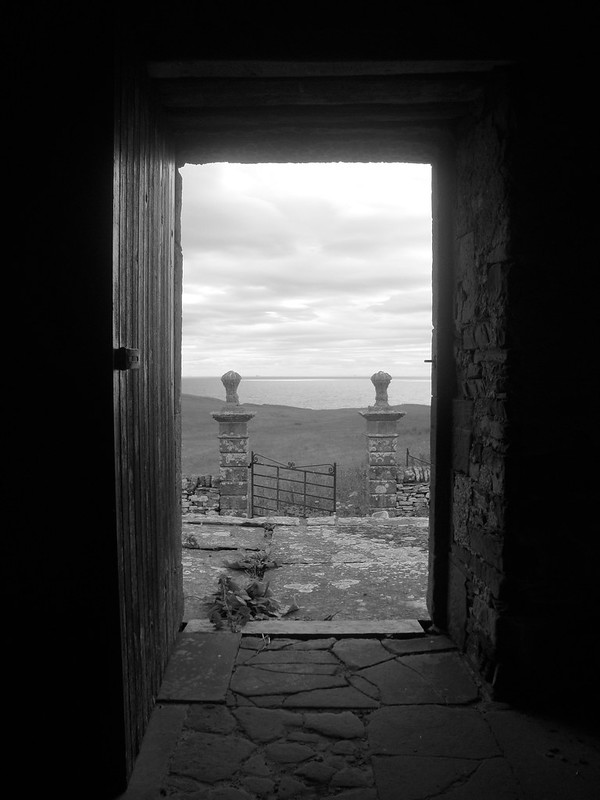 The oil platforms, wind turbines and passing supply boats visible on the horizon from the mausoleum remind you that, though this may have been major fishing territory once upon a time, new industries are now to the fore. The mausoleum, however, continues to stand.

At least for now.