It was bad enough, I reasoned, to find yourself, towards the very end of your journey to the north coast, leaving behind the lush mountains of Sutherland and finding yourself in flat, barren Caithness. Then to add insult to injury, you arrived at this iconic final stop on the mainland to find… well, not much. A rather pathetic looking signpost, a couple of dreary looking shops (inevitably closed) and a run down old hotel covered in boardings and surrounded by metal barriers. It was a disappointing finishing line, to say the least. 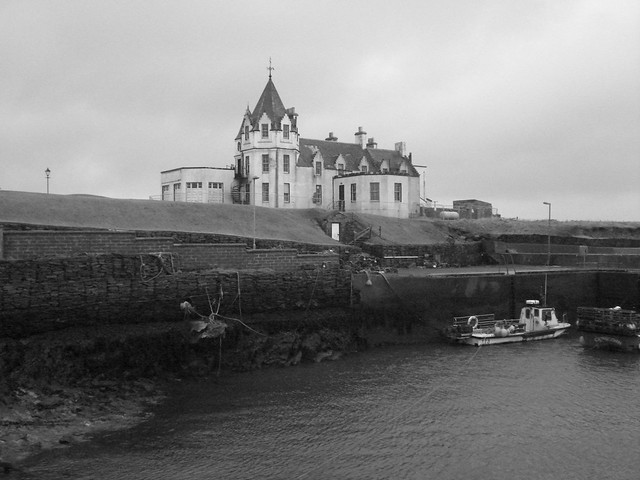 As the NC500 has brought new legions of visitors to the far north, however, and presumably in concert with the development of the now famous road route, John O’Groats has undergone nothing short of a transformation into a proper visitor destination.

There is now a cluster of probably more than a dozen outlets, including eateries, a campsite, shops, a tourist information centre, and what looks to be a much spruced up old hotel.

When we headed there after our Stroma trip – celebrating a journey less epic in distance than the champagne-popping cyclists we saw who had presumably come all the way from Land’s End but significantly more unusual – it was a joy to behold.

It may have been the glorious summer sunshine that added to the mood, but the hustle and bustle of somewhere that actually looked and felt like a destination in itself was fabulous.

To think that somewhere could transform itself in just a few years into a viable and appealing place worthy of its (not quite geographically accurate) status as the top of the British mainland, is to realise that the north of Scotland can, with a bit of effort and investment, really put itself in the map.

It’s a microcosm of the NC500, I suppose: a beautiful if neglected part of the world, properly branded and invested in, and now a place that I as a Highlander feel proud to see visitors arrive at.

Of course, opening a few shops doesn’t by itself create a viable tourism economy. There is much more to do, not least in terms of infrastructure. The NC500 has brought a huge number of visitors to roads that probably weren’t designed for their numbers (or their relative inexperience of rural driving). Money going into the pockets of hotels and restaurants doesn’t translate into a decent budget for roads or cycle paths. And when the demand for accommodation goes up, the difficulty for local people to get somewhere to live becomes more intense.

But this is something that can – hopefully – be solved and responded to. It is surely better to look at the economic sustainability of the far north of Scotland in the light of the NC500 from the starting point of lots of visitors coming into the area to spend money. It’s not a perfect situation, but it is a better springboard than the area being a corner of the country neglected and unknown by tourists.

Scotland, and especially the Highland and Islands, should be a world class destination. The investment at John O’Groats is just one indication of it maybe actually delivering on that. 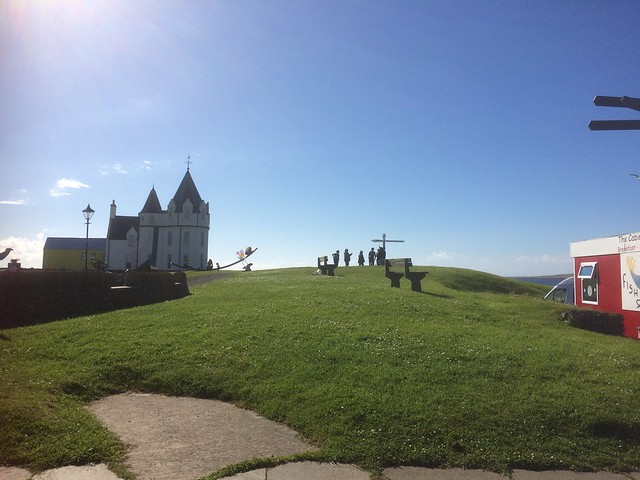