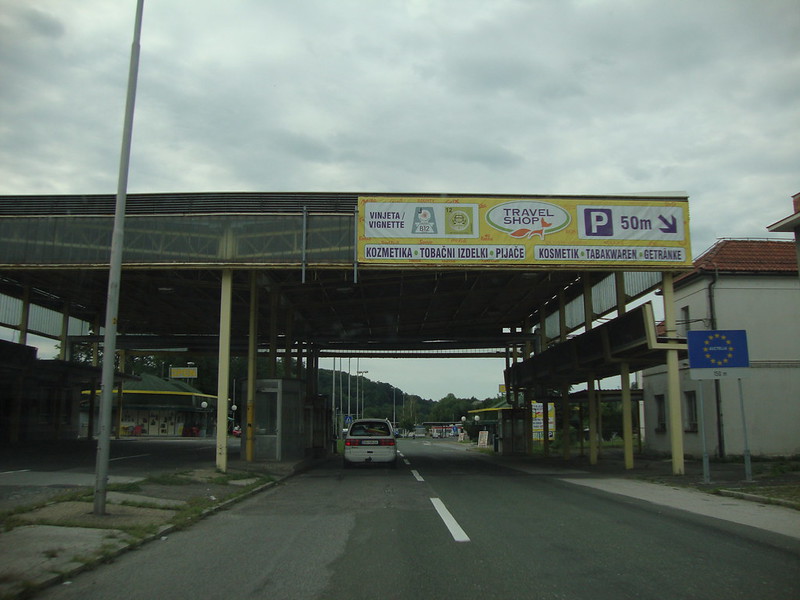 My first passport expired in 2004 and was – to me – a joy to behold. During the decade of its existence I travelled through dozens of countries, including many that would later join the European Union.

Europe at that time felt even more of a patchwork than it does now, with real, actual border posts still intact. The sorts you needed to stop and get out and wait at, obtaining a stamp – perhaps after a question or two – from a border guard with a dodgy moustache and dodgier English.

Yet following the huge expansion of the EU in 2004 in which ten countries from Estonia to Cyprus all came on board, many of those border posts disappeared in any meaningful sense.

Of course, there are still plenty border posts across other parts of Europe, and the current refugee crisis is testing the EU’s internal ones to breaking point. However, the point remains that there are much fewer border posts today across the continent than there were in the past.

And one casualty of that is passport stamps.

That first passport was groaning with stamps from various central European, Balkan and Middle Eastern countries, all satisfying and tangible testament to the places I’ve been and the journeys I’ve had.

Things are different now, though. My second passport, which I had between 2004 and 2014, was significantly lighter on stamps. It expired looking pretty bare, with the comparatively unexotic destinations of the USA, Canada, Australia and New Zealand providing the few intermissions between pages of blank officialdom. 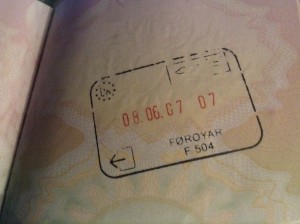 The only European one I managed to get in it was from the Faroe Islands. Visiting there in 2007 (to see a couple of football matches) was great fun, not least because it took me outside the European Union.

Although a part of the Kingdom of Denmark, the Faroes – for reasons and through means I’ve never quite understood – are outside the Schengen Area, the free movement zone that covers most of the EU and a few other territories.

Travelling there was no hassle but I did, while waiting to board the return flight to Aberdeen, ask a bored looking guy in a booth for a stamp, and it took pride of place in my recently expired passport.

Other than that, though, my second passport finished its life without evidence of the many other European trips I’d done in that decade, from Portugal to Latvia. So many trips went undocumented – at least in terms of stamps, if not (thankfully) photos and blog posts. Much more than my first one, my second passport lied. Or at least, hid a good deal of the truth.

Anyway, I have a new passport now. It arrived in the post just a few weeks ago. I’m hoping it will get more use than the last one, and certainly many more stamps.

It will begin its adventures soon, in fact. Next month I’m abroad for a week and a half for work. Two days are to the close by, culturally familiar and passport stamp-free Republic of Ireland. But from there I head right to the other side of Europe – to Armenia.

Sitting far beyond the European Union, and with its own unique language and alphabet, a stamp as I arrive in Yerevan’s international airport will be a exotic first step for my new passport in its coming decade. It may even end up being its crowning glory.