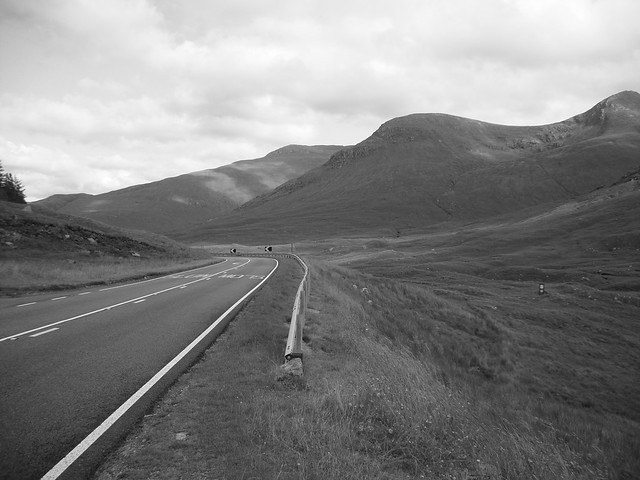 Earlier this week I went to Skye for the day. I drove; never my favourite mode of transport, not least when the scenery is so distractingly good. 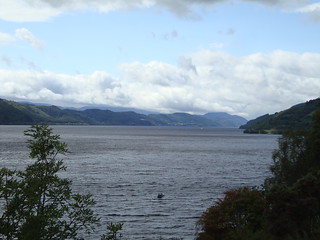 The road from Inverness to Skye is a dramatic one, taking you along the deathtrap that is the A82 along Loch Ness (right) and then across barren wilderness and into the most stunning mountains around Kintail as you approach the west coast.

It’s a challenging drive at times – the A82 is never pleasant due to its winding, twisting amble and the seemingly endless chain of caravans, cars slowing to look for those elusive viewpoints, and heavy lorries.

And the A87 westwards on to which you turn at Invermoriston goes through some empty countryside and mountainous roads that are treacherous in bad weather.

But if you have the time to take it slowly (and don’t mind irritating other drivers as a consequence), or are a passenger, then you are freer to take in the stunning scenery or attractions such as Urquhart and Eilean Donan castles. Or indeed, you could go for a hike: the road goes through some of Scotland’s best hillwalking territory.

I took the time on this trip to pull over a couple of times both going out and coming back – something I rarely do and should do so more often. And it’s well worth it to give yourself an extra hour or so to allow for the occasional photo stop.

There is much more to wonder about though, that I didn’t have the time to look at this time; things I’ve often noticed over the years, signs to side roads I’ve often contemplated but never properly explored. What, for instance, is Balmacara Square? Who was Murchison and why did he or she deserve a memorial? What happened at the Battle of Glenshiel? Of course, these are things I could easily google, but it would be much more fun to stop and look for myself.

Next time, perhaps, I’ll take a whole day to do the journey. It’s only a couple of hours, but if you follow your curiosity it could take a lot, lot longer than that.

A wee handful of photos from the drive is on Flickr.