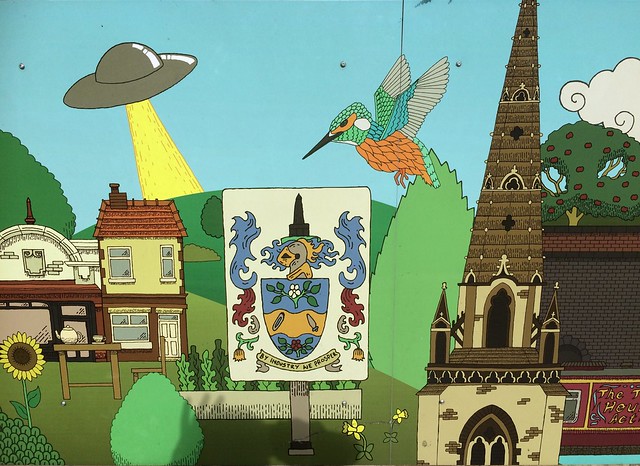 The small West Yorkshire town of Todmorden is a curious place. Even the name is curious. Todmorden. Todmorden… it’s a staccatic word, and one that I like to think is evocative of the strong Anglo-Saxon and Viking heritage that Yorkshire of course is famous for (albeit that in German it rather sinisterly translates as “death to murder“).

Mind you, it’s also a bit of an enigmatic name, at least to me. When I first saw it, I was unsure how to pronounce it, deciding to go with “todMORden”, before learning that it was the rather peculiar “TODmorden”, with the “morden” so brief it almost disappears. TODmrdn, if you will. Locals just call it Tod.

I had the opportunity to visit it a couple of months ago for the wedding of two friends, and while it is relatively straightforward to get to – it sits on the Manchester to Leeds line so is just a change in York from the Highland Chieftain and then another in Leeds – it still of course is the deep, remote south for an Invernessian like me. 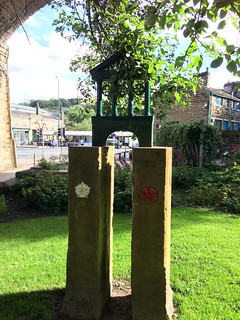 And in one sense, it is a typical Yorkshire town. Nestled in a steep, green valley, it has all the grey stone industrial architecture you’d imagine from a place which grew up around cotton mills, and it is defined geographically by a canal, the railway, and a river that was once the boundary between Yorkshire and Lancashire.

Indeed, not far from the station is a stone marker (left), indicating where that boundary used to be before Yorkshire spread westwards at the expense of its rival.

But Todmorden is no ordinary English town. And it is not only the line between two counties for which it is famous. It’s also, if you believe the stories, a frontier between this world and an altogether more extraterrestrial one.

In 1980 a man by the name of Zigmund Adamski went missing. Hailing from Poland originally, he lived in nearby Tingley and worked as a coalminer. His body was found five days later in a coal yard in Todmorden.

He’d apparently died of a heart attack, but the cause of that could not be explained. Neither could the fact that, though he’d been missing five days, he had only one day’s facial hair growth. And neither could the fact that on his neck there were strange burns that appeared to be covered in an ointment that could not be identified. To this day the case remains a mystery.

That would be a little odd in itself, but what makes it even stranger is that just a few months later the police officer who investigated Adamski’s death, Alan Godfrey, had an encounter with what he believed to be an Unidentified Flying Object (UFO). Godfrey saw some strange lights in the sky one night when on patrol, a strange craft which others saw and could not explain. There was a fifteen minute period which he could not account for. Apparently under later hypnosis, the professionally respected and widely believed Godfrey recalled being abducted by aliens. 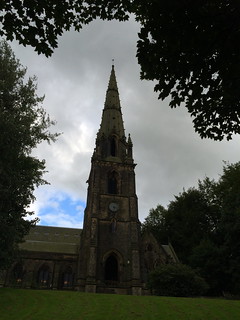 Todmorden attracts the occasional UFO hunter, and it’s a reputation the town is not exactly desperate to shrug, if the murals at the station are anything to go by.

And the quirks and distinctive features of the town don’t stop there. The wedding I was attending was in the striking towered church that stood high above the centre of the town.

Its grand, gothic architecture and imposing location led me to assume from a distance that it was a Church of England, but it was in fact of the much lesser-spotted Unitarian Church.

Just one stop along the railway is Hebden Bridge, a town that has, for some reason, attracted huge numbers of artists, New Age adherents and – supposedly – the UK’s highest proportion of lesbian women.

And Todmorden itself is the home of the Incredible Edible movement, an approach to using urban spaces to grow free food that is (ahem) growing to other parts of the country and the world. 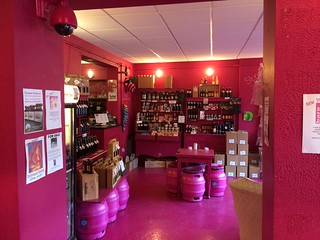 It’s also home to surely the pinkest microbrewery on earth. Bare Arts is a brewery that doubles up as a bar, gallery and arts space, and the beers I had there were superb, if you could ignore the Barbara Cartland feel of the venue.

Even without the distinctive oddities of the town, I felt that Todmorden was an interesting and pretty place I’d gladly return to.

But with them, it’s reassuring to know in an age of identikit modern life that Todmorden manages to retain an identity and atmosphere of its own – not to mention a whole bucket of charm.

Unless, of course, anything that isn’t sufficiently quirky has been removed by little green men…

See the rest of my photos from Todmorden on Flickr.