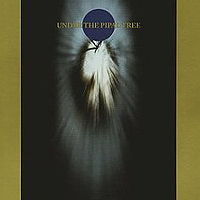 Following on from my introduction to Mono, I gave their first album “Under the Pipal Tree” a good few listens over the past week or so.  It’s a really good album, with waves and layers of guitars, drums and occasional strings giving this a beautiful and very proficient feel.

What strikes me about this is that, despite being a debut, it has an air of confidence and settledness about it.  There seem not to be any strange, experimental songs or the impression of a band in progress or in their early days.  I could have listened to this and been convinced that this was a band that was a few years, and a few albums, old.

The opening two tracks, “Karelia (Opus 2)” and “The Kidnapper Bell” (you have to love post-rock song titles), are terrific, and definitely the strongest on the album.  They both open slowly, thoughtfully and incrementally, in a way that few songs do these days.  The first bit of a song is so important, especially when entirely instrumental, in catching your attention, bringing you to the edge of the seat, and introducing new sounds, layers or beats only when the song feels ready.  These two songs do so brilliantly, moving from gentle openings to crashing guitars and drums.

Later tracks are probably not as strong, but definitely catchy and competent in their own right, and while it’s a shame the album doesn’t keep up to the heights of the first two tracks, “Under the Pipal Tree” is definitely a very good listen that I will keep coming back to, and which bodes well for the next albums.

Mono’s second album, “One More Step and You Die“, is not available to download from iTunes or Amazon in the UK, so I have had to buy a CD (how 1990s), and will get stuck into it once it arrives in the post.