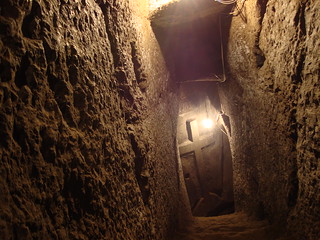 I don’t sell many photos – it’s something I’d love to have more time to try to do if travel writing ever becomes something more than a side interest – but it does happen occasionally.

Some months back I was delighted to be asked for permission to use one of my photos for an extraordinary new book called Underground Worlds: A Guide to Spectacular Subterranean Places by David Farley.

It’s obvious how humanity has spread across and conquered the surface of the earth. But as the title suggests, this book explores the various ways in which humans have shaped and created what lies beneath.

From caves to catacombs and from subway networks to monastic retreats, the diverse ways in which we have headed underground – for safety, pilgrimage, work or escape from the elements – are brought to life in this beautifully crafted book. Covering locations across the world from America to Australia and many points between (some I’d heard of, many I’d not) the entries are illustrated with some terrific photos. 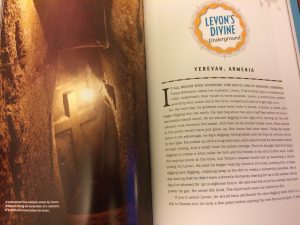 And, delightfully, one by me.

One of the entries in Underground Worlds is Levon’s Divine Underground, an incredible one-man feat of endurance that I visited a few years ago in Armenia. The story of Levon Arakelyan and the astonishing achievement of his cave system is something I think about regularly as one of the strangest and most incredible things I have ever seen.

I wrote about my search for and visit to Levon’s Divine Underground here on my website in English and in Esperanto. I am pleased to emphasise once again, if you ever are in or near Armenia, it is well, well worth hunting down.

The photo the book’s publishers bought from me for use is the one featured at the top (click to view it on Flickr).

Underground Worlds: A Guide to Spectacular Subterranean Places is available on Amazon.