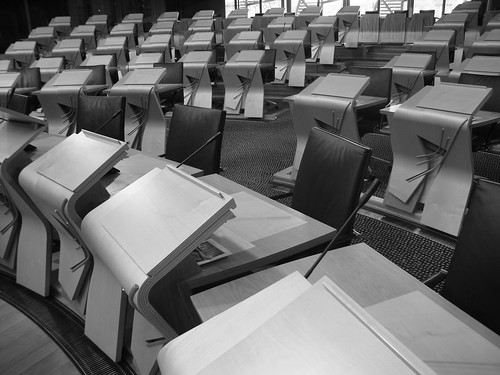 The Scottish Government and Yes Scotland have made great efforts during the independence referendum debate to stress that this referendum is a “once in a generation” opportunity.

I can see their point, of course. They want to allay fears of a “neverendum”, and want to impress a sense of urgency over moderates or switherers to tempt them to vote Yes this time, rather than wait to see what happens in the future. When I’ve heard the likes of Alex Salmond, his deputy Nicola Sturgeon or Yes Scotland boss Blair Jenkins make this “once in a generation” claim, they’ve cited the past referendums as precedents.

So for instance there’s about twenty years between the 1978 and 1997 devolution referendums, and a bit less than that between 1997 and 2014. We can deduce from this, then, that they don’t envisage a second independence referendum any time before around 2034 if it’s No this September.

But as far as I can see it, if it’s a No in September then a second referendum is inevitable within, I’d bet, a decade. And it’ll happen regardless of what happens after a No vote. It all links to the powers that the Scottish Parliament will have if we reject independence. And there are three theoretical outcomes to that: the powers are reduced, the powers stay the same, and we get more powers.

Here’s what I think will happen in each scenario.

This would be the nightmare scenario, though perhaps the least likely as – whether you choose to believe them or not – the three main Unionist parties do promise more powers after a No. There are some who would like to see the powers of the Scottish Parliament reduced, to create more harmonisation across the UK in devolved competences like health or education.

Another way of powers being curbed is a reduction in the parliament’s block grant (for instance through the abolition of the Barnet Formula), so that it has to raise taxes or cut services. This may not mean fewer powers technically, but certainly less ability to use those powers effectively, so it adds up to a reduction in capability either way.

This first scenario, obviously, would be a disaster for Scotland. Given that devo-max (the devolution of all powers except affairs of state, with Scotland collecting all its revenue and paying for those retained powers) is the most popular choice among Scots, it would seem logical that people would expect that – or something close to it – to be delivered.

Failure to do so would lead to outrage. There would be widespread protest and condemnation, and it would add powerful evidence to the argument that actually only independence can secure powers for Scotland, and that Westminster cannot be trusted to decide what powers it would like to hand down.

The second scenario invovlves there being very little change in the powers that the Scottish Parliament has. It’s perfectly possible as an outcome, because the three main parties at Westminster do not fully agree on what should be devolved, there will be complications arising out of the wider settlement across the UK, and it’s not inconceivable that more powers could be kicked into the long grass as part of a UK-wide constitutional review. The UK is notoriously slow to change the way it is governed, so any substantial change could be a very, very long time coming indeed.

The outcome, as far as Scotland would be concerned, would be rather like the first option above of there being fewer powers. I don’t even think there would any less outrage than with a reduction in powers, such is the clear majority in favour of further devolution.

Let’s instead assume that, after a No vote, the Scottish Parliament gets a large increase in its powers, and perhaps also its control of revenue raising, and begins to legislate in a whole range of new competences, whatever they may be.

This – aside from the obvious improvements in Scotland’s governance that would arise – would play into the gradualist argument for independence. That is, if you give Scotland some powers (as happened in 1999 when devolution finally arrived) it will prove its ability to make decisions for itself, thus raising expectation that it can demonstrate that same capability in new areas. This logic is precisely why support for independence has crept up and why there is widespread acceptance that the parliament should get new powers.

If Scotland does get power over, say, parts of welfare or more home affairs, then questions will be more forcefully asked as to why it can’t do yet more. Even if we did get devo-max, the fact we ran pretty much everything and raised all our own money would lead to the proposition that we should just go the whole hog and take those few remaining powers relating to statehood and international affairs.

This, I’d argue, would be the most pleasant route, because it would be about accentuating the positives and the capabilities, rather than getting angry about more Westminster disappointment. It might be the slowest of the three routes, because of the lack of anger or backlash. Therefore it is the most likely to stretch beyond my predicted deadline of a decade for a second referendum. But the more powers that move, the more the argument will strengthen that Scotland is competent, and the less powers that move, the more people will decide that Westminster cannot be trusted to decide. So I still can’t really see beyond it taking a decade.

So, however I look at a post-No world – fewer powers, the same powers or more powers – I cannot see past two Scottish Parliament elections (2016 and 2020) before a new mandate for a referendum is gained and a ballot on independence is held.

Of course, some may despair at the “neverendum”, and admittedly many of the broad arguments will be unchanged from 2014. But whichever of the three paths are taken, circumstances will make Scotland a wiser, cannier and more confident place, and a Yes at the second bite is much more likely.

Of course, the best way to avoid a neverendum is by voting Yes in 2014.

2 thoughts on “A second referendum”