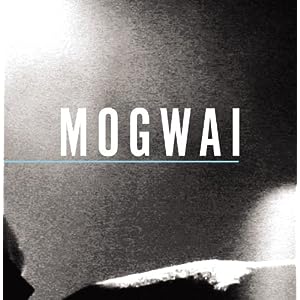 I went to see “Mogwai: Burning” at Eden Court the other week. It’s a film by Glasgow band Mogwai, arguably among the grandaddies of post-rock, and is effectively a wordless documentary about a series of gigs they performed in New York last year.

Shot in a black and white, with blurry, fast-paced camerawork, the film is uncompromising and rough around the edges, a perfect commentary on Mogwai’s music itself.

With only the occasional exterior shot – a band member crossing a road, or fans buying tickets from a kiosk – the film focuses fully on the gigs, or more specifically the music. Not much applause, few words from the band, no narration – just shots of a guitarist’s hand, a cymbal, a brief glimpse of a face in the crowd, a pedal, a wire, an amp… it’s a film that dwells purely and solely on the music, and is thus quite hypnotic.

The way the camerawork matches and complements the sound really draws out the strength and depth of Mogwai’s music – brooding instrumental guitar music, with angry and haunting undertones and often tense build-ups that lead to explosive cruscendos. One quite amazing example of the camerawork complementing the music comes during the epic, sweeping sixteen-minute classic Mogwai Fear Satan, where a loud spell gives way to a quiet intermission in the middle of the track.

There is just the lightest of riffs on the guitars and the softest of heartbeats from the drums maintaining a tense sense of anticipation, and the camera magnificently captures the briefest of glances of understanding between the band members as they lift their heads and shatter the tension by launching back into a ferocious whirlwind of noise.

The film – just released on DVD along with a live album – is short at around 45 minutes, ending abruptly and almost humorously as a result, but the format might not have worked for longer, and gave a powerful enough flavour of the music and of the gigs that I was quite satisfied at the end of the film. It’s not quite the same experience as watching live – for one thing, the sound in Eden Court was atrocious – but at least with this film the camerawork gave a stunning sense of the performance and of the music itself that you don’t always get in a live gig.

Definitely worth watching if you’re into Mogwai or similar bands; though if you’re like three bewildered people who left our showing halfway through then you’ll find it an uncompromisingly dour and minimalist film. Something it was perhaps meant to be.