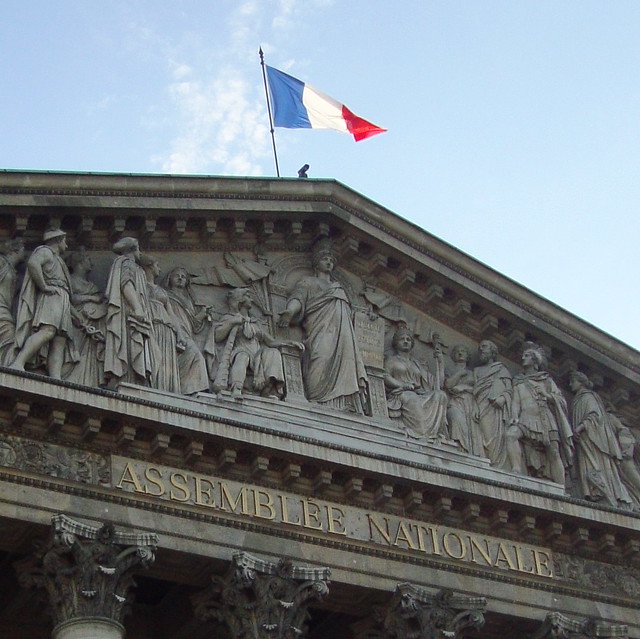 Here’s a joke for you. What do Winnie the Pooh and Vlad the Impaler have in common?

Here’s another joke. What do the Scottish National Party and the African National Congress have in common?

Actually, that second joke wasn’t funny was it? (Quiet at the back! What do you mean the first one wasn’t, either?) In fact, it wasn’t a joke at all, it was a matter of literal and, I am about to argue, political fact.

I’ve been quiet in my Scottish politics blogging lately, wondering where we’re going next in the astonishing rollercoaster of current affairs in terms of Brexit, Scottish independence and wider factors. But I’ve been compelled to put finger to keyboard this evening by a series of tweets by former Labour Party MP and UK cabinet minister Douglas Alexander. Here are the tweets.

(1/5) The problem with nationalism isn't the name…it's the damaging impact of constantly asserting victimhood as it's core belief. https://t.co/G4FJIs5o9r

(2/5) Far from being a 'joyous', 'civic' nationalism's core is the repeated assertion of blame for perceived victimhood & loss.

(3/5) The 'other' who is blamed varies from context to context, continent to continent, but the grievance is constant.

(4/5) Scottish (& British) Nationalists, Trump & Putin all assert their countries have been held back by those from beyond their borders.

(5/5) Nationalism is about exclusion, not inclusion. Patriotism needs no enemy while nationalism demands one.

They’re all in response to the news that Scotland’s First Minister Nicola Sturgeon has admitted that if she could turn the clock back she’d like to change the name of the party she leads – the Scottish National Party. That was in a discussion about the different perceptions of nationalism – some positive, some negative. And in a world that appears to be more and more fractured and increasingly driven by identity, the negative ones are seemingly to the fore.

As it happens, though this is not the purpose of this blog post, I happen to disagree with Sturgeon. She might have a point if the middle name of the party was Nationalist, but it isn’t. It’s National – relating to, and aspiring to be for, the whole nation of Scotland. Yes, people like Douglas Alexander in his tweets above seek to portray Scottish nationalism in general terms alongside all other forms of nationalism, but they would probably do so whatever the party was called, and whatever the party was called they’d be wrong.

I remember back in my university days – when I studied politics and international relations – writing an essay on nationalism. I can’t quite recall the title of the essay, but I do remember the crux of my argument was to set out a case for seeing nationalism as coming in four all quite different forms: civic, ethnic, colonising and decolonising.

The ethnic form of nationalism, I argued, manifested itself in the nineteenth and twentieth centuries in central and eastern Europe, most notably Germany. It was the idea that all people within a race or cultural group, wherever they are, should be united in one territory, and that those of other races or cultures do not have a stake in that territory. It opposes the idea that territories should be multicultural or that peoples should be spread across many states.

Colonising nationalism was the belief that a nation or people were so superior that they had the right to take over other territories and subjugate those who are not in that same nation or people. The “great” European-led empires across the world, such as the UK’s, are prime examples.

Decolonising nationalism, by contrast, was the idea that a people had the right to reclaim government of a territory to the exclusion of those former colonisers. A great many twentieth century liberation movements count as examples of this.

Of course, there could be overlaps. A political movement could easily be both ethnic nationalist and colonising nationalist, for example.

I also remember arguing that movements that might seem, on the face of it, quite similar in circumstance could actually be defined by very different forms of nationalism. For instance, I developed the idea that the nationalism of South Africa’s Nelson Mandela and his ANC was a civic nationalism quite in the European mould, while just over the border the nationalism of Zimabwe’s Robert Mugabe and his ZANU-PF was a decolonising nationalism. The key difference, to me, was that Mandela wanted to include all citizens of South Africa among the stakeholders and citizens – including those (the whites) who held power to themselves to the exclusion of others, while Mugabe seemingly didn’t want to share power with the former colonial people but to overthrow them.

I don’t want to get bogged down in the technicalities of all that, and I am sure my arguments can be picked apart (though I do recall getting 18 out of 20 for it!). I tell this story not to bore you with my undergraduate studies, but to make the point that from at least that time onwards, if not earlier, I always saw both the politics of secessionists like the independence movement in Scotland and the liberation movement in South Africa spearheaded by the ANC as civic nationalism. Yes the two contexts and histories were radically different, and the injustices they were shaped by were broadly incomparable, but in essence both movements believed in a form of government that saw all people within a territory, regardless of background, race and origin, as having full rights as citizens to determine that territory’s future, free from oppression by either each other or external forces.

And the idea of the Scottish independence movement – which contains, but is not entirely composed of, Scottish nationalists – being civic nationalist is manifest in two senses. Firstly, it’s clear in the politics and direction of the modern Scottish National Party that Scotland is a country for everyone who lives here, and that citizenship would be for all. That’s long been the party’s policy. Secondly, it’s clear from the recent independence debate in Scotland that this is a core part of the Yes movement: the Scottish Government’s proposals for independence emphasised that universal citizenship, and every voice I can think of or recall in the Yes campaign underlined that.

Indeed, such a policy in Scotland is not only a moral good, in line with the idea of all humans being equal, but in a country that has been so savagely depopulated and whose sparsely populated areas are often crying out for fresh blood, it’s an economic necessity too. It sadly contrasts with the recent deportations we’ve seen across Scotland, consequences of UK government policy Scotland has no control over, of people who’ve been pillars of their often fragile communities, whose businesses have been vital lifelines and whose residence has kept small schools viable.

So let me try to conclude.

Douglas Alexander’s tweets about “constant grievance”, victimhood and exclusion are not only laughably wrong but actually dangerous in terms of the misinformation they spread. The movement for Scottish independence, including its nationalist element, is precisely not about blaming anyone, but about taking control and doing something about it. Indeed, if Scottish nationalists wanted to continually blame others for Scotland’s perceived ills, then actually staying within the UK would be the best environment for fostering such grievance. Yes the Westminster system has failed Scotland, but that’s only because we, here in Scotland, continue to vote for it. And if voters elsewhere in the UK vote in ways we do not like, then that’s hardly their fault for voting for what they want. That’s democracy.

And let’s not forget that the political camp Douglas Alexander and and the wider Labour Party now finds itself in is one that is having to defend Brexit as a given, and defend the idea of Scotland going along with it against its will – despite the fact that EU citizens living here in the UK are fearing for their futures and, in extreme cases, losing their lives in racist attacks. And despite the prospect of trade with the rest of the EU, smooth travel from the UK to EU member states (including, crucially, Ireland), and other forms of cooperation being substantially under threat by a right wing government that flips from incompetent to downright nasty. This exclusionary politics, propped up by a racist and inept Labour Party, is the standard Douglas Alexander’s tweets now uphold.

He argues above that patriotism needs no enemy while nationalism demands one. Firstly, I am not sure who Scottish nationalism’s enemy is, except ourselves for not choosing independence. And secondly, patriotism has plenty enemies – the citizens of every country in the world who do not have the privilege of being a part of the same wonderful country that you do. Patriotism is about loyalty to a strong state that speaks for and embodies the nation. It’s actually inherently more sinister, to me, than nationalism, and it’s why I’d much sooner identify myself as a Scottish nationalist than a Scottish patriot.

If Douglas Alexander wants to write off Nelson Mandela as someone who asserted victimhood, who had a constant grievance, who excluded not included, then he’s in pretty isolated political terrain. It emphasises to me the increasing irrelevance that the Labour Party has to the political narrative in Scotland, and the ever more ludicrous spectacle they represent of a party that condemns nationalism on one hand while slipping further into a reactionary nationalism that is taking Scotland, and the rest of the UK, out of the European Union and into a frankly terrifying future.