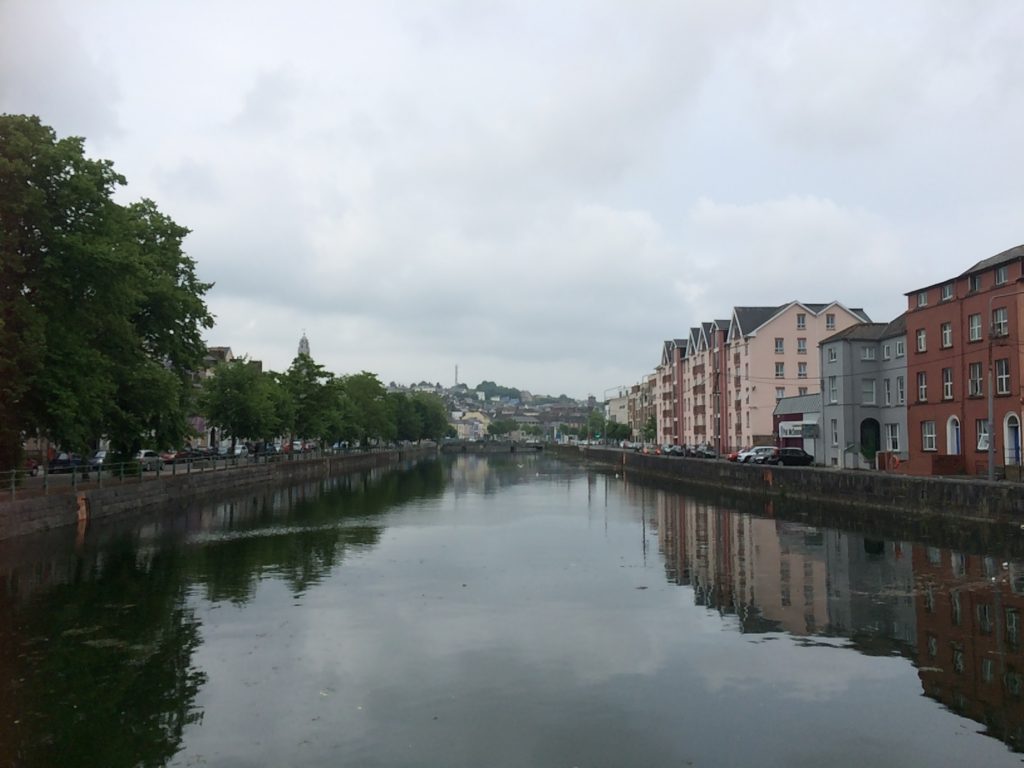 Following last year’s blink and you miss it trip to Cork, the Republic of Ireland’s second city, I had the good fortune to return three times in past months.

Those trips allowed me to see more than the inside of hotels, meeting rooms and taxis, and instead get a good flavour for the place. 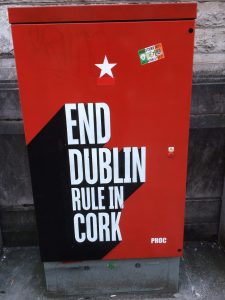 Cork stretches along the banks of the River Lee, boasting a distinguished old university and a couple of striking cathedrals.

But while it is an eye-catching city, it has a slightly weathered feel about the place. Graffiti and street art, plus a few buildings here and there needing the odd lick of paint or repair (perhaps a symptom of the economic conditions) make Cork look lived in, comfortable in its own skin.

A bit grungy, even.

And beyond those pretty riverside views, the city boasts all the culture and vibe you would expect from a large conurbation with a significant student population, not to mention one with its reputation as “the rebel city”. 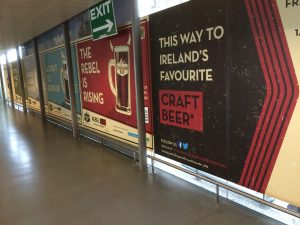 With craft beer on my current research radar, I further discovered to my pleasure that Cork does a neat line in microbrewery bars.

I visited three, in fact, during my return visits to Cork, and on a latter arrival I was glad to see that one of them, Franciscan Well, had taken to some heavy advertising at the airport.

Franciscan Well and another of the three, Rising Sons, not only have an impressive range of beers including absolutely delicious red ales, but also a good line in pizzas. 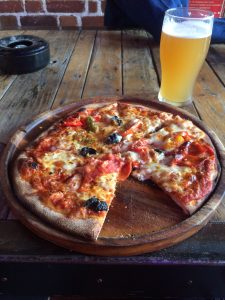 I’m not sure why, but there’s a natural fit between good beer and good pizza. Maybe it’s the strong flavours or no nonsense feel, but they work well, and both of those breweries’ bars were easygoing and comfortable places to hang out in.

Rising Sons also do tours of their brewery, and though I never got round to going on one, it would be on my list for a return visit.

Slightly different was the Elbow Lane Brew and Smokehouse, a tiny microbrewery and equally tiny restaurant that did great beer but also a much wider food range. It was more intimate, upmarket and pricey, and a little pretentious, but delicious in terms of both food and drink and well worth a visit for craft beer fans.

Next time I go to Cork I must take a bit more time – see some of the sights, explore the wonderful green countryside, and pay a visit to perhaps Cork’s most standout and curious attraction – the city’s butter museum.

I’m sure I’ll get another decent pint and pizza while I’m there too.